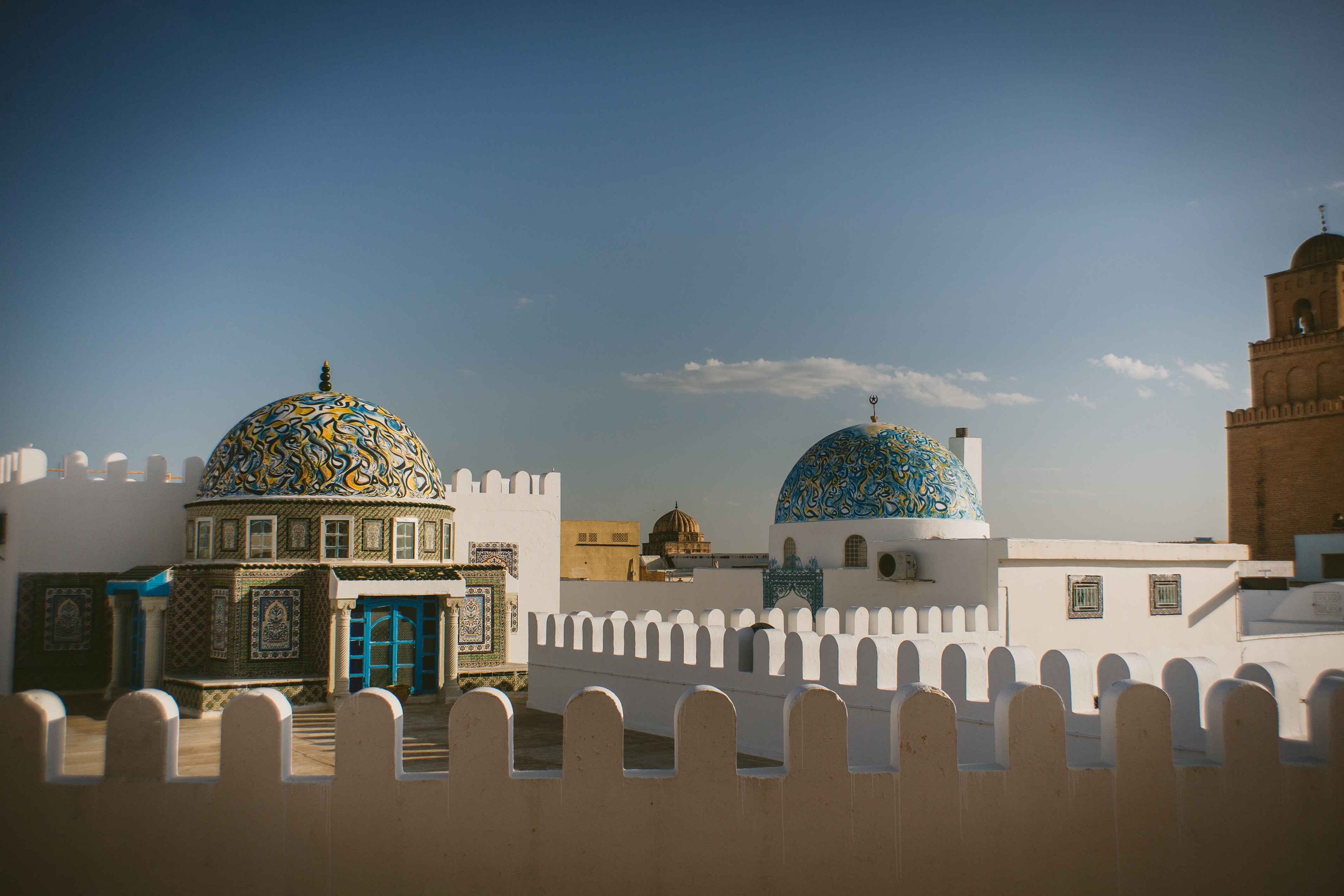 As September 15th is drawing near, Tunisia is attracting more and more attention. The young and fragile democracy is standing before its second direct presidential elections, soon to be followed by those to the People Representatives’ Assembly (Tunisia’s Parliament). These elections are of great importance as the country has been witnessing a considerable economic and political crisis. The next governing institutions must be able to construct a stable political climate that leads the country forward.

According to the Tunisian Constitution, the President of the Republic does not enjoy a wide range of power. The holder of this office is tasked with shaping the country’s foreign and national security policies, putting forward legislative initiatives that the Parliament will decide upon, but most importantly seeing that the Constitution is respected. This set of prerogatives makes them a guardian of the rule of law and state’s institutions and a counterweight to the Legislative and Executive powers, i.e. the Parliament and Head of Government. This importance is highlighted by the fragmentation of the Tunisian political landscape that is likely to produce a Parliament that is unable to form a government. As it appears that the next Parliament will be composed of various rival blocs, with no possible predictions on the potential alliances, this puts emphasis on the early presidential elections for two main reasons: the President serving as a stabilizing political actor, and the effect that the presidential elections’ results may have on the voting intentions for the parliamentary elections.

Moreover, supporters and opponents of the current government hold opposing views on its performance, but either way the purchasing power of Tunisians has decreased drastically, inflation is still high even though it decreased, and the public debt-GDP ratio is around 80%. Simultaneously, a weak consensus-based political order, rising social tensions, and continuous pressure from labor unions are causing speculations on the country’s future.

A veteran of Tunisian politics and a witness to its transformations from the struggle for independence to post-revolution democratic transition, the late president Beji Caid Essebsi is considered the last of a generation of politicians that can rally political actors, maneuver delicate alliances, and appeal to the masses. His death could be seen as a milestone to signal a change in the Tunisian political landscape.

President Caid Essebsi was the one to assume the position of a transitional Prime Minister before 2011’s elections to the Constitutional Assembly. During that period, after facing a crisis and rising tensions, the Islamist-lead troika handed over power to a national unity transitional government up to 2014’s elections. This voting made way for the first secular-Islamist coalition government between Nidaa Tounes (Caid Essebsi’s party which ran on an anti-Islamist agenda) and the Islamist Ennahdha. The government then encountered yet another political crisis because it proved unable to provide solutions for Tunisia’s economic hardships. Beji Caid Essebsi, elected President of the Republic in the first direct elections, then played an important stabilizing role by inviting all political actors, including trade and labor unions, to sign the Carthage Pact and form a new government on consensus grounds. The subsequent in-fighting within Nidaa Tounes lead to the de factonullification of the Carthage Pact, as well as many founding members leaving and founding their own parties, including the current Head of Government Youssef Chahed, yet Caid Essebsi managed to maintain balance.

The absence of such as politician is clearly felt by Tunisians. Despite the multitude of political actors and the number of candidates running for presidency, not a single one is capable of amassing a sufficiently wide support. Even the various polls which are leaked online, with no source or information on the sample nonetheless, show that the highest percentage any candidate would get would be around 20-25%. This is observable within the various political trends and classifications including the Islamist Ennahdha which is a first after the ban on radical Islamist movements.

While the traditional political elites were going through this turbulent phase, new actors emerged as self-proclaimed anti-establishment politicians. One of them was Abir Moussi who is known for her eulogy of Ben Ali’s autocratic regime. However, the most prominent of these actors is Nabil Karoui, –a media tycoon and TV channel owner that also heads a charity through which he distributes food supplies to underdeveloped and remote villages and towns. Other adherents to populist rhetoric have since emerged on the political scene, while some associations linked to economically and politically prominent individuals have also announced that they will enter the legislative race.That stirred up serious controversy on the rules regulating politics and elected positions.

Most of these ‘outsiders’ are attempting to project authority and statesmanship through the recourse to vague slogans and promises of economic development and defending Tunisia’s interests against “Colonial Powers” as one candidate has put it. Some have gone as far as appealing to Pan-Arab Nationalistic sentiments, or conservative and religious sentiments, while Ennahdha’s candidate focused on reviewing the national defense strategy and promoting digitization in his speech.

The list of candidates includes the current Head of Government and his two predecessors, a former president, and several former ministers. They all had a chance to present their vision on how to serve as President of Republic in the live debates that were broadcasted over the previous weekend, for the first time in Tunisia’s history. The sight of full coffee shops following the debates and of empty streets shows Tunisians’ continuing interest in public affairs and their growing political culture.

To the public, the weak and shallow political discourse is mostly frowned-upon, though praised by some, and is often linked to a spread lack of integrity. Tunisians witnessed a large number of members of Parliament leaving the parties they won their mandate with and joining and/or forming other parties, which came to be called ‘party tourism’. As a matter of fact, Tunisians elect members of Parliament through electoral lists and not individually. Changing parties, which in case of some representatives occurred more than once, would therefore mean that their promises could be broken. To illustrate this it is enough to mention that parties such as Machrou Tounes or Tahya Tounes did not even exist in 2014, while the latter had the second largest parliamentary bloc at the end of current term. These turbulences within the Parliament have affected parliamentary procedures and work, as parties and often individual representatives slowed down, and sometimes blocked, the Parliament’s judicial role. The Constitutional Court, the new Digital Code, and several crucial laws are still pending review and ratification by the Parliament.

Despite the predominant confusion and skepticism, the overall picture is not that bleak. The passing away of Caid Essebsi followed by the transfer of power to the head of Parliament, and the subsequent moving up of the presidential elections’ date has strengthened the belief that Tunisia is a democratic state with functioning institutions, and that there are over twenty candidates for the position are proof of that.

This undermining of the political status quocould be seen as worrying, yet it also holds the potential for a better future for Tunisia. Several independent initiatives are emerging in the regions and the number of independent lists in the upcoming parliamentary elections is higher than the previous one. The country requires competent, young, and non-corrupted officials that represent the aspirations of the people and of the revolution. The next government needs to improve the country’s economic status not just on a macro-level, but the improved statistics must be felt by the Tunisian street, which should appease social tensions. Most importantly, improving public services, fighting the widely-spread corruption, ensuring the rule of law, and working towards true equitable regional development are also urgent issues to be tackled.

Many argue that the future political order will have a hard task, and whoever is elected has no option but to push forward and deliver on their promises. Most of the candidates have suspicions of corruption surrounding them and prove either incompetent or unable to reach compromises with political rivals. After almost 9 years since Mohamed Bouazizi self-immolated in protest, and inadvertently sent sparks throughout the entire MENA region, the Tunisian people want tangible economic growth. Whether and how that will happen, and under whose leadership, depends on this Sunday’s elections. For better or worse, this is a difficult test for Tunisia’s democracy, and to the growing political culture among its people.