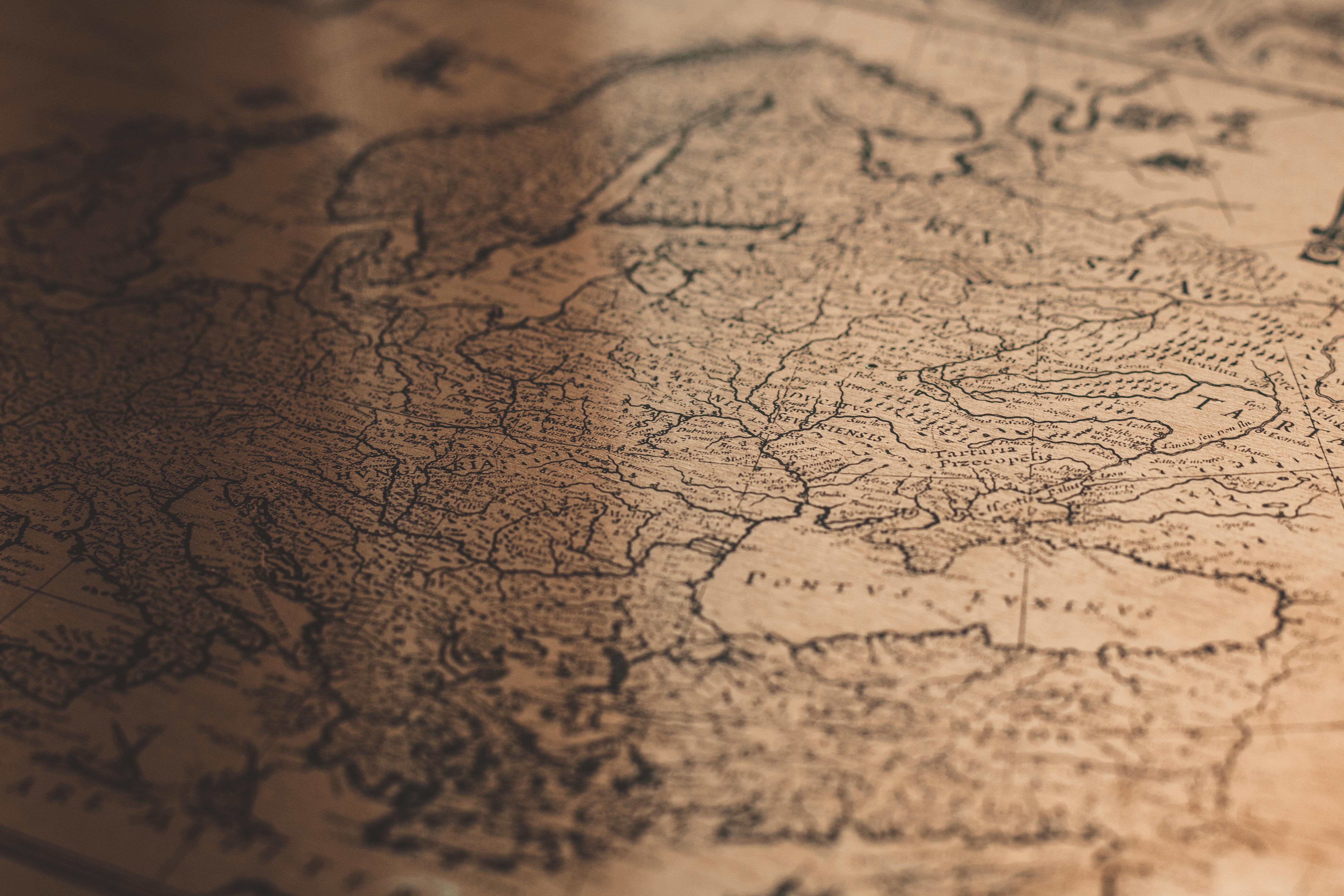 In May 2019, eight other students and I had the pleasure to travel to Florence to attend the 2019 State of the Union Conference organized by the European University Institute as part of the delegation of the College of Europe in Natolin. This year’s conference on the topic of “21st Century Democracy in Europe” covered a wide range of topics such as the rule of law, inequality and disinformation. Being one of the most pressing challenges faced by the EU, the speakers and panelists also discussed migration in relation to the democratic legitimacy of immigration policies, the creation of a more inclusive European democracy as well as the issues resulting from the triangle of migration, democracy and integration.

As one of the fundamental principles upon which the EU is founded, democracy represents a political system whose legitimacy to a large effect derives from the active political participation of its citizens. Taking the form of voting, membership in political parties or, from a more non-conventional perspective, the organization of protests, individuals are generally expected to shape the political discourse in their countries. Where participation is low, democracy faces an existential challenge. This was stressed by speakers at the 2019 State of the Union Conference, who saw the task of ensuring that members of European society are given the equal opportunity to be heard and engage in political activities as a crucial responsibility of the EU’s institutions, its Member States as well as other political actors[1].

As societies are subject to change, keeping democracy inclusive will remain an on-going and indispensable task. This has become particularly evident with regard to the growing number of migrants residing in the EU which entails both EU citizens who – taking advantage of their freedom of movement – permanently live in another Member State and third country-nationals whose claim to asylum has been granted. Focusing on the latter, access to political rights for non-EU nationals varies substantially across different Member States, in particular with regard to voting rights, which – on a national level – are only provided in Portugal and the United Kingdom[2]. A point underlined by Ms. Cécile Kashetu Kyenge, a member of the European Parliament and the LIBE Committee, was that a diversification of the (potential) electorate together with an existing lack of political representation therefore not only poses a problem for the democratic legitimacy of the EU and its Member States but also has broader implications for the successful integration of an increasingly growing part of the European population such as the recognition of its equality.

The exclusion of a certain group of residents from the political process could in the long-term result in a polarization of European societies into “natives and migrants”[3], creating a breeding ground for alienation, resentment and discrimination – a social state which could easily be exploited by populist parties. Even if not caused deliberately, polarization could therefore potentially bear the risk of destabilizing a countries’ political landscape.

It is particularly important to understand the relation between a migrant’s political engagement and his successful integration, as the lack of access to political processes does not necessarily result from EU or Member State regulations that actively curb political participation but could also be indirectly caused by insufficient integration[4]. The interest to engage in local or national and consequently also European politics, will only arise and flourish in case of the migrant’s knowledge about the host country’s political system[5]. In this context, an aspect which could potentially make a difference is the migrant’s familiarity with the language spoken in his country of residence – as language can serve to facilitate communication as well as contribute to identity-building[6]. Although the Commission introduced an “Action Plan on the integration of third country nationals”[7] in 2016 aiming to support Member States in their development of sustainable integration policies, the lack of unity within the EU and the resurgence of anti-immigrant sentiments effectively slow down integration efforts, making political participation for migrants more difficult. Even if successful, proportional political representation of migrants in the EU’s and Member States’ institutions could take a substantial amount of time.

The question of how to lay the foundation for migrant engagement in the political processes of respective host-countries in order to strengthen the inclusiveness of European democracies can be seen as intrinsically linked to the regulation of citizenship. Granting full electoral rights, which still form one of the most influential ways to affect local, national and European politics, citizenship represents “the most common entitlement for an individual in a democracy […] to take part in the political process”[8]. With this area of competence firmly remaining in the authority of the Member States, regulations in EU countries differ substantially and include acquisition at birth by descent or territory as well as through naturalization – a process that can take up to 10 years[9]. For migrants to become active members of society, a facilitation of naturalization by way of shortening the minimum period of residency or simplifying naturalization tests could represent a first step. The same approach could be taken with regard to second-generation migrants who could potentially benefit from a revision of the concept of ius soli[10]. Without facilitating citizenship acquisition, electoral rights could further be extended to also include migrants – at least in the context of local and regional elections. As both options require certain national legislations to be fundamentally changed, it remains uncertain, however, if such a strategy could be universally successful across Europe.

In any case, integration is to be seen as a two-way process extending beyond naturalization as pointed out by Ms. Kyenge. Why not, then, see political participation more as an element on the way towards successful integration rather than as a “reward” at the end? The possibility of a bottom-up approach to migrant participation appears to be more promising in this regard. As the diversity of societies across Europe does not yet translate into proportional representation within institutions and government structures – a so called “diversity gap”[11] – particular responsibility needs to be taken up by political parties and migrant organizations to actively reach out to migrant communities in order to enhance their involvement in day-to-day politics and create equal opportunities which can eventually lead to social cohesion. This could further be underlined by the provision of funding and training – whether on European or national level – to support migrant-led organizations and grass roots movements financially as well as from the perspective of capacity-building. This could also be pursued in the context of consultative bodies established on local and regional level – a measure already implemented in several member states which creates the opportunity for immigrants to influence policies that directly affect them, thereby empowering migrants to become active members of their democratic communities[12].

While integration policies should therefore include programs aimed at providing language skills and political education as well as strengthen links between decision-makers in governments and migrant communities to enhance representation and a sense of belonging, a common European approach to strengthen the inclusiveness of European democracies and the EU itself will – regarding the contentious nature of the subject of migration towards and within Europe – most likely emerge from coordination between Member States. A process which is, however, encouraged by the support of the European Commission, as laid down in the 2016 Action Plan.

The global trends in democracy identified and presented by the European Strategy and Policy Analysis System at the 2019 State of the Union Conference show that not democracy itself will be questioned in the upcoming years, but the way we practice it. Europe faces not only demographic changes but also continuous populism as a catalyst for social unrest and increased speed of communication. This will tempt politicians to favor short- and medium-term thinking in their policy- and decision-making. Managing migration and integration, however, remains a long-term effort. For the moment, migration policies focus predominantly on managing flows rather than equal participation. Introducing a shift towards improved integration policies in order to overcome the threat of an ever-increasing democratic deficit will therefore require a broad institutional, legal and cultural approach while at the same time acknowledging the realities of current European and national politics.

[2] European Union Agency for Fundamental Rights, “Together in the EU. Promoting the participation of migrants and their descendents,” (Luxemburg, 2017), 56, https://fra.europa.eu/en/publication/2017/migrant-participation.

[4] Organisation of Security and Cooperation in Europe, “Migrant political participation: a review of policies and integration results in the OSCE region,” (Warsaw, 2017), 9, https://www.osce.org/odihr/367936?download=true.

[7] European Commission, “Communication from the Commission to the European Parliament, the Council, the European Economic and Social Committee and the Committee of the Regions. Action Plan on the integration of third country nationals,” (Strasbourg, 2016), 1, https://ec.europa.eu/transparency/regdoc/rep/1/2016/EN/1-2016-377-EN-F1-1.PDF.

[11] Organisation of Security and Cooperation in Europe, op.cit., 20.