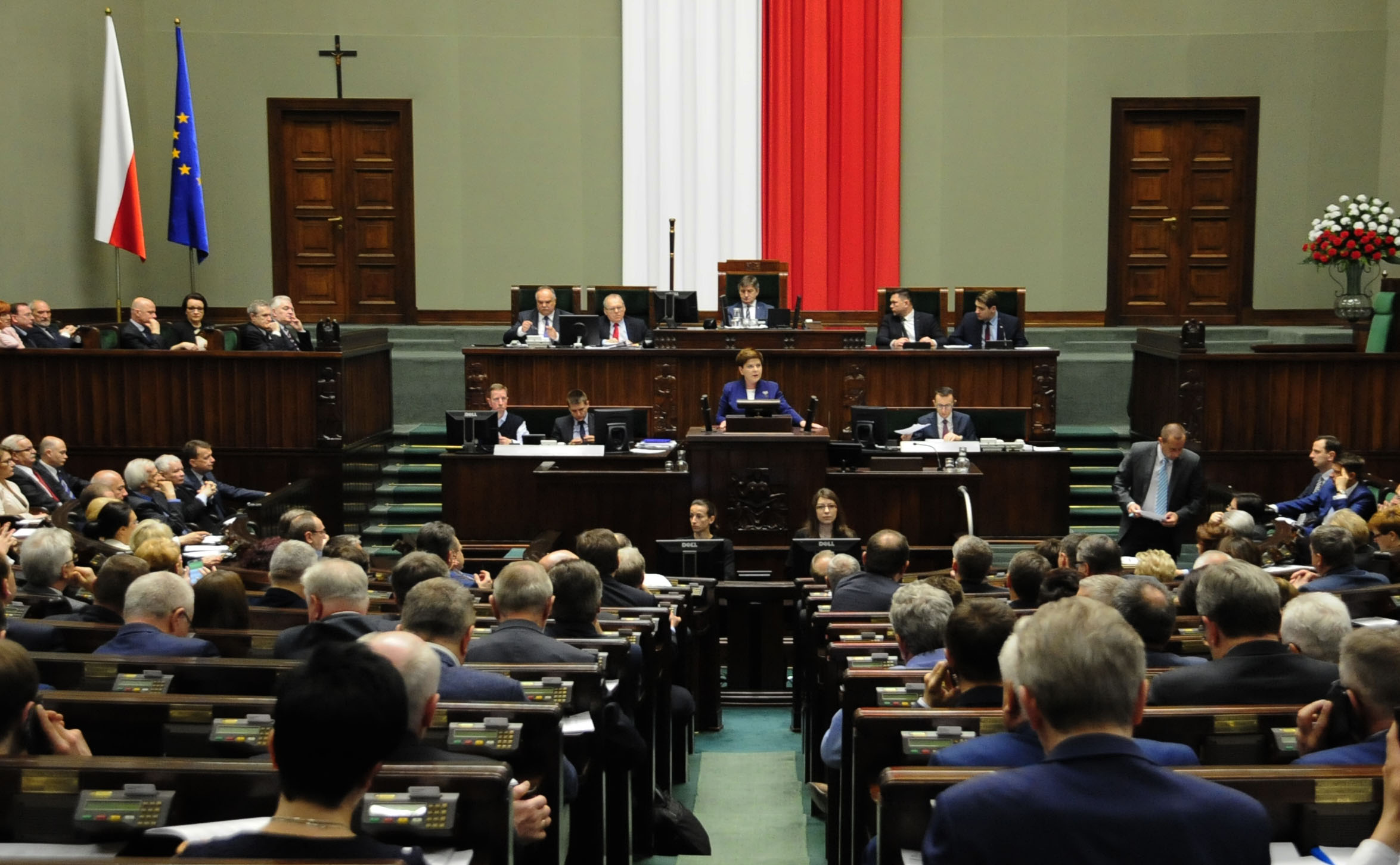 In much of the, especially liberal, media Poland has lost its reputation as a pioneer of democratic change in the post-communist part of Europe. So far, most members of the Polish opposition as well as foreign journalists have limited their analysis of recent developments to sweeping condemnations of Law and Justice’s (PiS) populist and religious slogans, its supporters’ apparently irrational susceptibility to conspiracy theories, and the perception of a general normalisation of undemocratic methods employed by the government in what is now called ‘illiberal democracy’. Yet such an understanding of the current political climate is a simplistic one. We would do better to try to understand the long-term reasons for public discontent and address them in a way that reflects the recent shift to the right-wing discourse on the political spectrum across many states.

Since PiS’ victory in the autumn 2015 parliamentary elections and what has come to be known as the Polish Constitutional Court crisis, the kaleidoscope of popular associations about Poland has been rearranged. Nostalgia-tinged images of Solidarność and civic mobilisation against the Communist authorities in 1980 and 1988 have largely been replaced by headlines about the government’s heavy-handed attempts to disempower the constitutional court, impose restrictions on the freedom of the press, politicise the civil service, and, most recently, bypass the protesting opposition in what descended into farce before a key parliamentary vote on the 2017 budget in December. Large-scale demonstrations ensued. Since October 2015, thousands of Poles have protested in multiple demonstrations against a government that seems to think receiving a mandate for four years is tantamount to a complete monopoly on power and, perhaps more alarmingly, a prerogative to define what is constitutional or consistent with the national spirit. As far as the Polish opposition, the European Union, and most foreign commentators are concerned, the situation is clear. The backbone of Poland’s relatively new democratic project is being corroded at an unprecedented pace.

But – and this is a crucial point – the discussion doesn’t end there. If denouncing the government’s illiberal offensive was enough to discredit it in the eyes of its voters, it would have happened a long time ago. Yet, Law and Justice remains the most popular party in the country with almost a third of the public still viewing it favourably. The continuing influence of the Catholic Church in Poland only goes so far in explaining this. While demonstrations such as the ‘black protests’ against the proposed ban on abortion have been a potent sign of civic discontent and engagement, participating in these protests or even organising them isn’t enough for the opposition to become a credible alternative to the current regime.

As observed by Timothy Garton Ash, the return to ‘traditional habits of extra-parliamentary protest’ points to an absence of institutional resilience which could otherwise contain Law and Justice’s attempts to personalise power in accordance with its leader Jarosław Kaczyński’s vision. Realistically speaking, the opposition can only make lasting changes if it wins the next parliamentary elections in 2019. For that to happen, it needs to accept that politics isn’t a zero-sum game, and that simply knocking down your opponent isn’t a sustainable way of rebuilding your own strained credentials in a climate of distrust of mainstream political parties. Put simply, it isn’t possible to win the hearts of voters without offering a compelling new vision for the country.

So far, the opposition has largely centred its discourse on its purported role as a defender of democracy and the prevailing social order. Yet even this claim is heavily charged and not fit for universal consumption. Much like recent political developments in the US and the UK, the result of Polish elections attests to a degree of popular disenchantment with the liberal model of governance. As remarked by Anne McElvoy writing for the Guardian:

“Law and Justice rode to power on the back of frustration that the post-1989 settlement failed to spread wealth more equally and frustration with endemic corruption. Kaczyński promises budget deficit-inducing spending programmes aimed at low earners. He cites Polish “ordinary working people” as dupes of an out-of-touch liberal elite or self-serving technocrats – both of which accusations contain an inconvenient grain of truth.“

For those who voted PiS into power, the fact that the Polish economy in recent years has been characterised by steady overall growth means next to nothing. Statistics are cold and abstract, and all too often can’t compete with the sense that too many have been prevented from reaping benefits from a system that has favoured individual success and entrepreneurship over collective needs in sectors such as education, housing, or health care. As a result, the liberal model has found itself under siege both economically and culturally. It was partly Law and Justice’s ability to capitalise on these feelings that accounted for its electoral success, many voters attracted to the idea of an increasingly visible hand steering the economy and the national community in a new direction.

Insofar as Civic Platform (PO) has been seen as the main author of Poland’s socio-economic development in recent years, ruling from 2007 until 2015 (the longest running government in Poland’s post-1989 history) its participation in the opposition movement is a sticky affair. PiS’ supporters are often described as irrational and buyable, but in many cases continuing support for the party can be interpreted as an ostentatious rejection of PO’s legacy rather than an endorsement of the entirety of PiS’s programme. For this reason, dismissing arguments that the current government isn’t doing anything the previous government hadn’t attempted in the past without engaging with them simply won’t do. On the contrary, these accusations lie at the heart of the current quagmire. If political elites are cynical, opportunistic and detached from the needs of ordinary people, then the solution is to push politics into the personal realm where politicians gain trust because they speak simply and promise to safeguard those shared communal values that were abandoned in the midst of transitions to a free market economy and EU membership. And if Civic Platform’s record as a ruling party is as blemished as its opponents claim, then it may be rational to turn a blind eye on the current government’s questionable actions whilst waiting for the old corrupted order to be overhauled.

Where does this leave us? The opposition must continue to foster its defence of the rule of law and civic liberties in Poland, encouraging independent media outlets to scrutinise all the players’ actions and gravitate towards a less bipartisan political climate. But this is not enough. It must also realise the gravity of charges directed against the post-1989 consensus and address them in a diligent manner. Not all of PiS’ supporters hold strong nationalist and religious views incompatible with liberal standards. Many of them voice legitimate criticism of PO’s past preoccupation with its own political influence rather than systemic problems such as the neglect of agricultural and heavy industry sectors or the lack of a balanced housing policy and job market.

At the same time, owning up to past shortcomings must be counterbalanced by a rejection of ethical relativism and the ability to confidently discuss nuanced issues. In the case of the Constitutional Tribunal, for instance, PO’s negligent legal practice when appointing two additional judges set to retire in December 2015 should be acknowledged, but not compared to PiS’ blatantly unconstitutional measures aimed at making the tribunal subservient to the parliamentary majority.  For this to happen, the opposition must engage with the public using a revised programme and a compelling discourse, one that is not limited to lukewarm civic patriotism all too often subsumed into obscure mentions of European integration.

Even then, becoming a credible political actor and attempting to shape the standards of political culture in times of populist upheavals and exploited socio-economic grievances across many liberal democratic states isn’t going to be easy. For better or worse, Poland remains a puzzle, its continuous transformation into a state with robust democratic institutions incremental and uncertain.

Thanks to Bartłomiej Perliński and Maciej Nowicki for their input concerning the current political situation in Poland.