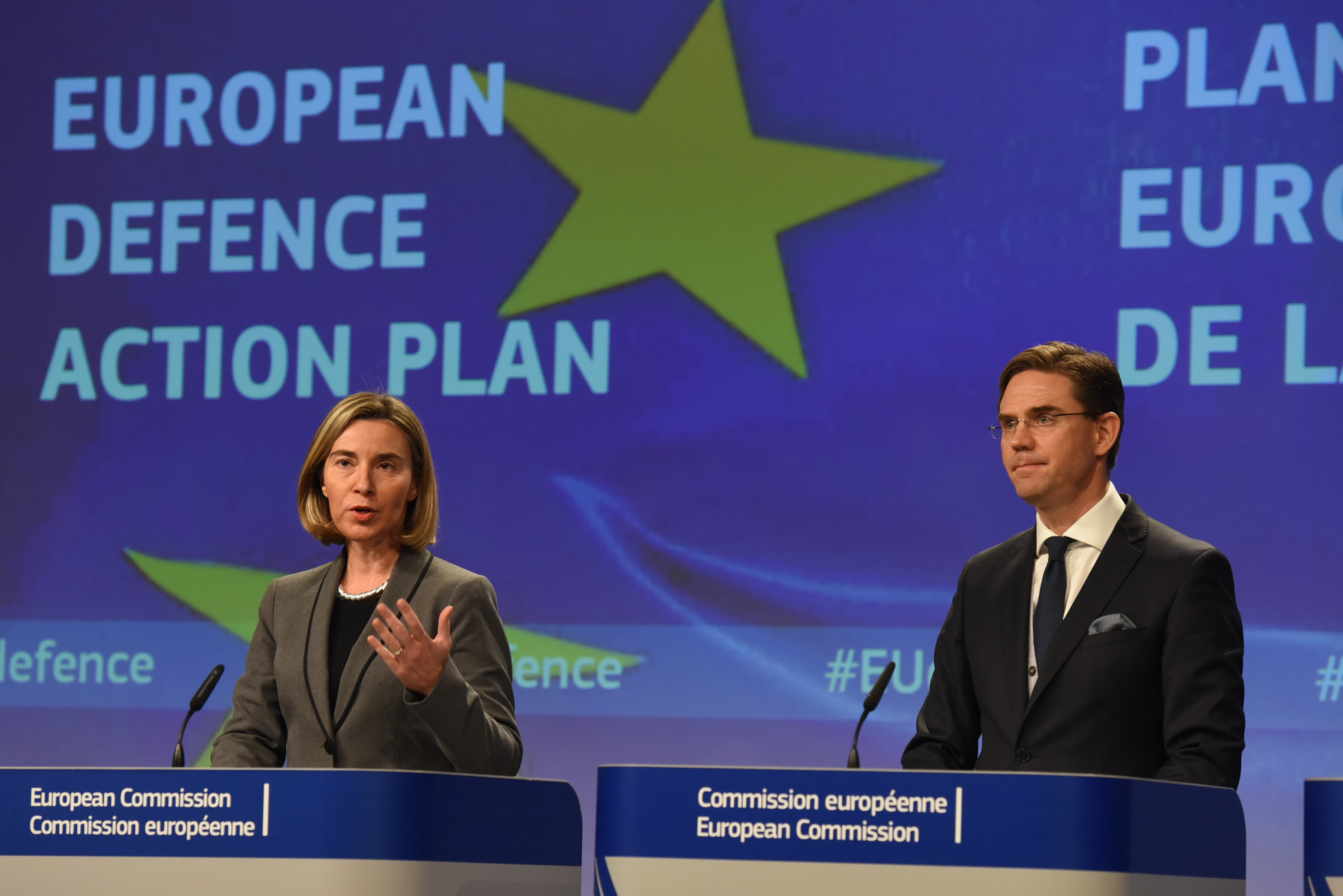 It has already become a commonplace to say that we live in turbulent times. But the trials we face can simultaneously be an impulse to development and a chance to see and learn from our companions and friends in action. The creation of a united European army, which many have envisaged in order to ensure an effective common security policy in Europe, has been on the agenda of the European Union for many years. But it seems that recent political events in the United States, the main strategic partner of the EU, have motivated many politicians to reflect seriously on the future reliability of NATO, whose structures have been the guarantee of European security for a long time. This process has only accelerated after recent statements by President Trump, who “has even called into question whether the U.S. would continue to automatically defend its NATO allies, which include 22 of the 28 EU members [sic.] countries.”[1] There being no loss without some gain, the EU feels the time has come to be responsible for its own safety, adding weight to its security arrangements and even taking more radical steps like working with partners who are not its members, such as Ukraine.

Paradoxically, Brexit, another political crisis which has occurred recently in Europe, could also be the stimulus for closer cooperation among the remaining Member States of the Union, including in the security sphere. It is no secret that for years Britain resisted the idea of deeper European integration in the military sector. Now this situation could change. A plan for greater military cooperation was stressed by countries such as Germany, France, Italy, and Spain at a recent meeting of EU defence ministers and foreign ministers in Brussels on 14 November 2016.[2]

This plan authorizes European officials to proceed with “permanent structured cooperation,” or PESCO. This provision of the EU’s Lisbon Treaty allows states which want to engage in greater military cooperation to go ahead without waiting for a general consensus — a concept known as the “two-speed” approach. The European Defence Agency, an institution which until now has existed only symbolically, is now expected to gain new relevance. New common security plans would give it a central role in boosting the efficiency and the capability of European defence systems.[3]

At the meeting of 14 November the European High Representative for Foreign Affairs and Security Policy, Federica Mogherini, was tasked by the ministers to increase the usability and deployability of the so-called European “Rapid Response” tools, including existing EU Battlegroups, which could become a part of a permanent common military structure of the EU in the future.[4]

One of these battlegroups, the Visegrad battlegroup, includes the members of the Visegrad Four: Poland, Czech Republic, Slovakia and Hungary. In the Bratislava Declaration of 9 December 2014, the V4 stated that, considering “Russia’s aggressive actions against Ukraine (…) V4 countries will coordinate their national positions to maximize the efforts to support Ukraine”[5], and then confirmed Ukraine’s participation in the Visegrad Battlegroup. This way we have a non-EU state participating in EU security policy. Another excellent example in Central-Eastern Europe of such cooperation of neighbours and partners against common threats is the Lithuanian–Polish–Ukrainian Brigade established in 2015 and operational since then.[6]

Under the leadership of Poland, the Visegrad Four have taken a very important strategic step. Indeed, it would be fundamentally wrong to limit the development of the collective security of Europe only to the EU Member States. The European neighbourhood, by its very geopolitical nature, primarily addresses the most important threats directed towards Europe.

For example, presently Russia poses one of the biggest security challenges for the Eastern neighbourhood partners of the EU and for the European security architecture as a whole. Russia’s aggressive policy in a number of countries seems to be shaking the fundamentals of the international order, thereby significantly threatening European and global security.

While the Russian–Georgian War was not enough to convince EU leaders about what many argue is the true aggressive nature of Putin’s Russia, the occupation of Crimea and ‘proxy war’ in Donbas left fewer doubts about Russia’s politics. On the 14 November 2016 the International Criminal Court, based in The Hague, declared the annexation of Crimea as a military conflict between Russia and Ukraine, and classified it as an occupation. As it stated in the court ruling, “the Russian federation employed members of its armed forces to gain control over parts of the territory of Ukraine without the consent of the government of Ukraine.”[7] Russia’s reaction to this carefully considered legal assessment of ongoing events in Ukraine was immediate – withdrawal of its signature from the founding statute of this court.

At the same time, the war in Ukraine is an example of the Eastern partners’ contribution in protecting European values and policies. With its geographical location Ukraine serves as a security buffer for the EU. In this extremely difficult situation Ukraine is not only receiving help from its partners, but is making a significant contribution to common European security. Ukrainian soldiers and intelligence officers have unique combat experience in modern hybrid war, a kind of war from which no one is immune today, including the most developed countries in the world. The military professionals of Ukraine are ready to contribute to the security of Europe.

The new EU Global Strategy on Foreign and Security Policy[8] is being prepared in times when the European security environment is shaken by uncertainty in the Atlantic alliance, terror attacks and a refugee crisis, while the war in Ukraine continues to emphasise Europe’s weaknesses in countering Russian ‘hybrid tactics’ and propaganda warfare. In light of all these events there is a need to go on revising the EU’s security cooperation with its neighbourhood, especially with Ukraine, and to review the prevailing perception of the EU and NATO as the sole security providers, with the neighbourhood countries only as consumers. The future of cooperation and long-term European security depends on the EU making further strides like those taken in November 2016 and in the creation of new forms of military cooperation with neighbourhood partners. The European Union must decide how it will come out of this crisis, weak and fragmented – or united and strong.

[3] Jacopo Barigazzi and Bjarke Smith-Meyer, A European Pentagon. Available at: http://www.politico.eu/article/the-eus-not-quite-pentagon-european-defense-agency-jorge-domecq-eu-military-cooperation/ (consulted on 17.12.2016)

[5] Bratislava Declaration of the Visegrad Group Heads of Government on the Deepening V4 Defence Cooperation. Available at: http://www.visegradgroup.eu/calendar/2014/bratislava-declaration (consulted on 17.12.2016)