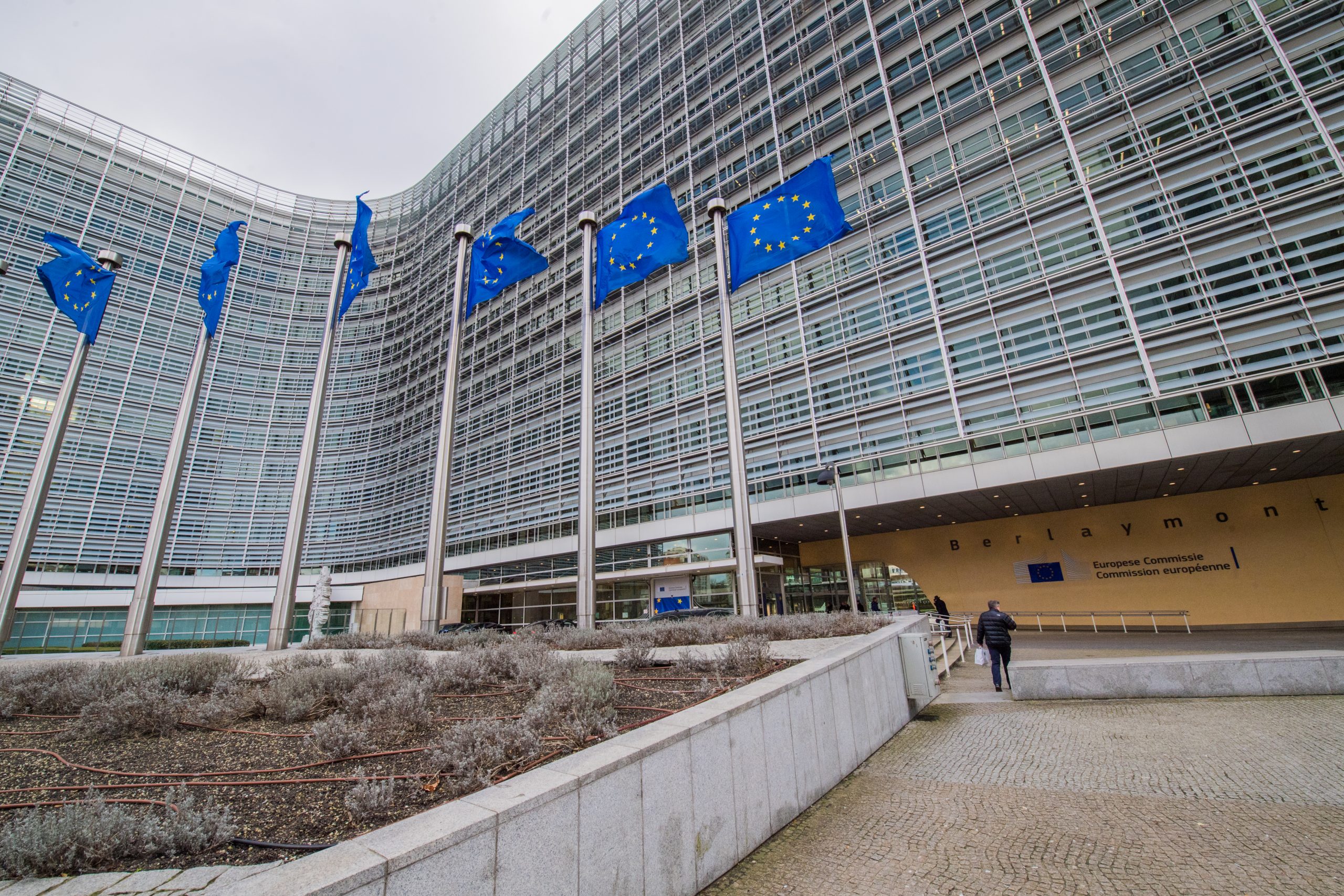 As the severe consequences of the coronavirus crisis are about to hit the European economy, the internal competition between various interest groups is undoubtedly heating up. The visions of European solidarity and national interests once again are clashing, with sentiments and dilemmas remaining even more acute.[1] While the EU will be recovering from the crisis, the temporary overlooked[2] home affairs (not related to public health) may become vital sooner rather than later. So will an immanent feature of the decision-making process in the EU – lobbying.

No wonder, it is estimated that up to 70% of regulations that have an impact on entrepreneurs, originate in Brussels.[3] However, even a brief look at the European Transparency Register[4] gives a clear impression that almost 70% of registered lobbying entities comes from the seven largest economies of the EU, geographically located predominantly in Western Europe.[5] Where are the remaining ones? For example, the countries of the Visegrad Group, accounting for 14.31% of the EU population[6] and approximately 11% of its GBP (PPP)[7], registered only 3.7%[8] of the lobbying entities. It is four times less than Germany alone.

In this article, we take a closer look at this gap and examine the historical perspective, cultural perception of lobbying, national frameworks for lobbying activities and participation of lobbyists at the EU level. Finally, we argue strongly for ethical and regulated lobbying activities. We believe they may have practical and positive implications.

The vague concept of lobbying

Interest representation plays an unquestionable role in the European decision-making process. It is considered a tool aimed to influence public policy within a democratic framework. This activity is executed both through elected parliamentarians and groups of entities included in the Green Paper on European Transparency Initiative[9], such as think-tanks, NGOs, public affair consultancies, law firms, trade associations and commercial lobbying units[10]. Whereas the first group seems not so controversial (easy to identify and regulate), the latter remains disputed. This is due to both the non-exhaustive catalogue of lobbying entities and their non-enumerative scope of actions.[11]

What is more, despite the process being mostly technical, it is not immune to the political agenda. Politicising the lobbied issues allows for a far greater reach since it exceeds the European Parliament, throughout other channels. In this way, other involved actors could add greater pressure for the desired decision.[12] Although the process is vested in democratic legitimacy and to a certain extent is regulated, there is still plenty of space to manoeuvre. Fluency in understanding the complexity gives a definite advantage in influencing European legislation.

The specifics of European lobbying are better understood in Western Europe. Successful lobbying requires sufficient capital, a well-established presence, a decent number of lobbyists and their adequate reactions to changing business circumstances. The Eastern European member states fulfil none of these criteria.[13] However, economic and strategic conditions are not enough for successful interest representation. They are rather an outcome of the history-infused circumstances responsible for shaping civic, political and legal culture. The post-communist states in Central and Eastern Europe faced a series of obstacles known to newly established democracies emerging from an authoritarian regime. To name a few, these included, political institutions not being efficient, an underdeveloped civil society, a state apparatus lacking professionalism, a non-transparent political process, and new authorities who despite being democratically elected lacked social trust.[14]

Given the nature of the lobbying process, considering the abovementioned circumstances it seemed suspicious and triggered further distrust to the public authorities known from the past. Among the general public, lobbying is perceived as something shady and brings connotations with corruption. Nevertheless, the need to tackle these problems occurred relatively early. Countries of the region have continued efforts to structure lobbying activity mostly by attempting to describe and regulate the classic phenomenon of the lobbyist.[15] However, the key challenge for the new member states is to align regulations with established business practices.

Inefficiency of national lobbying legislation in Eastern Europe: the case of Poland

The weakness of lobbying in Eastern Europe is reflected in how Eastern European countries deal with organisation of lobbying activities. Recently, while introducing crisis management laws in Poland to support entrepreneurs struggling with the global pandemic, a very well-known and often reappearing argument was brought up: “How does the Parliamentant to legislate for businesses without businesses?”[16]

Indeed, Poland is an excellent example of an Eastern European lobbying inefficiency. However paradoxical as it may appear at the moment, Poland was the third country in Europe to draft a law dealing with lobbying at the national level in 2005[17] (after Georgia in 1998 and Lithuania in 2001).[18] Nevertheless, it remains and an irrelevant or even dead piece of legislation. The benefits of it might be limited to the fact that it servess an official recognition of lobbying as a legal activity.

Twenty-five in 2017, twenty in 2018 and sixteen in 2019. It might be hard to believe, but these are the numbers of lobbyists that were declaring professional lobbying activities in the Polish Parliament according to the annual reports.[19] One reason for that is a conviction that activities of lobbyists during the legislative process in Poland are futile, as there is little chance that they will be taken into account by decision-makers.[20] Most importantly, however, it is an outcome of the poorly drafted lobbying legislation.

Important here is the wording of existing definitions. The term ‘lobbying’ is limited to activities performed by ‘lobbyists’ who operate on the grounds of a civil contract[21] A contrario, anyone hired within an employment contract is not considered as a lobbyist in the meaning of Polish law. Therefore, members of civil society organisations, foundations, societies, law firms, etc., who are employed under an employment contract fall outside the scope of the category of lobbyists, even if they are performing a function which aims to have an impact on the decision-making process. Moreover, the Polish Act on Lobbying Activities refers only to natural persons, setting aside entities or organisations. Taking all of this into account, paradoxically, most of the professional lobbyists are not ‘lobbyists’ in the meaning of Polish law.

This observation has practical outcomes. Under Polish law, registered lobbyists are a subject of particular obligations, such as filing for an entry in the register of professional lobbyists and subsequently being controlled by relevant public authorities, which includes a requirement to perform information duties.[22] Nevertheless, since the law keeps a blind eye on the majority of those who are actually involved in lobbying before Polish decision-makers, these obligations remain meaningless. A clear upshot of that is the absence of transparency of how divergent interests are represented within decision-making processes. There are a plethora of Polish entities specialising in external activities, public relations, public diplomacy as well as law firms, industry organisations and think tanks included in lobbying activities.[23] However, since the Polish Act on Lobbying Activities does not require them to formally register as professional lobbyists, they are not incentivised to leave this kind of a lobbying ‘grey zone’. In other words, the Polish Act on Lobbying Activities is dead.[24]

There is a correlation between the lack of lobbying culture at the national level and the limited presence of national lobbyists in Brussels. The lack of discourse in the public sphere on how national lobbying frameworks could be improved results in a poor performance of lobbyists at the EU level.

Analysis of data gathered in the Transparency Register provided by the Polish Economic Institute shows how striking the disproportion in numbers really is. In 2019 there were 112 registered Polish lobbyists at the EU level, whereas, for instance, 851 German, 616 French, 392 Spanish or 373 Italian ones. Other members of the Visegrad Group are doing even worse. The Transparency Register noted 47 lobbyists from the Czech Republic, 37 from Hungary and 30 from Slovakia.[25] The numbers are significantly lower, considering currently registered lobbyists who have their offices in Brussels. Narrowing down to this category, the Transparency Register shows 25 Polish lobbyists, 12 Czech lobbyists, 9 Hungarian lobbyists and 3 Slovak lobbyists.[26] Assuming that the professional and active participation in lobbying activities require having an office in Brussels, these numbers do not engender optimism.

Furthermore, the V4 performs poorly in comparison to big Western European economies in terms of the number of staff working in registered lobbying entities. While in 2019, in German lobbying entities 1,407 people were employed, the whole V4 counted 1,203 hired employees all together (202 in Polish lobbying units, 65 in Czech, 51 in Hungarian and 38 in Slovakian).[27]

Returning to the example of Poland, it is worth noticing the Business & Sciences Poland forum established under the auspices of the Polish Prime Minister. It is a hub based in Brussels aiming to support Polish lobbyists in Brussels, mainly by providing the necessary expertise.[29] Although an idea for this project without any doubts should be assessed positively, it is too early to conclude whether it will have any practical impact on the effectiveness of Polish interest representation in the EU.

Many factors determine the perception of domestic and European lobbying in Eastern European countries. First, the transition from the communist system has happened not that long ago. This means that lobbying, an immanent phenomenon of a parliamentary democracy, is a fairly new concept. This activity requires a decent amount of trust in public institutions, which has been limited due to the negative experience with the previous regimes and the memory of a turbulent transformation when corruption was taken for granted. Insufficient legislation missed the crucial elements of defining who the lobbyist is and what he or she does. These mistakes resulted perhaps from ignorance, a lack of experience and a crooked vision. Circumstances as such, fuelled by suspicious (sometimes right, other times not) imaginations pushed lobbying even further into the grey zone. Lack of progress in this field, observed in all the V4 countries, hindered their positions in representing their interests after accession to the EU. This situation, combined with scarce resources means that Eastern European lobbying entities are underrepresented and understaffed. It leaves their positions unattended and diminishes their ability to influence the decision-making process in Brussels.

This situation, in our opinion, needs massive and systematic change. Citizens of the V4 and other Eastern European countries need to abandon stereotypical thinking and understand that lobbying can be done in an ethical way and be beneficial for them. In order to achieve this goal, lobbying should be included in the public discourse, while national frameworks for lobbying activities need to be rethought. We believe that the abovementioned amendments could contribute positively to the professionalisation of lobbying. Professionalism could result in higher standards, transparency and greater public trust. It undoubtedly creates better opportunities for numerous and more impactful representation in Brussels.

[1] The heated debate over European solidarity, e.g. issuing Coronabonds has reached the level of comparing Eurobonds as a form of WWII reparations that were due and allegedly never paid. David Dawkins,   “Coronabonds And The Eurozone–The Crisis At The Heart Of Europe’s Pandemic Recovery: Explained”, Forbes, 7 April 2020,  https://www.forbes.com/sites/daviddawkins/2020/04/07/what-are-coronabonds-and-why-is-nazi-war-debt-back-on-the-eurozones-table/#78391f2d4c6a, (consulted on 28.04.2020).

[6] Eurostat, Population on 1 January – persons: The number of persons having their usual residence in a country on 1 January of the respective year,   https://ec.europa.eu/eurostat/tgm/table.do?tab=table&init=1&language=en&pcode=tps00001&plugin=1, (consulted on 28.04.2020),

[18] European Commission For Democracy Through Law (Venice Commission), Report on The Legal Framework For The Regulation Of Lobbying in The Council of Europe Member States, Study No. 590/2010, May 2011. 6.

[19] Information on the activities performed by professional lobbyists in Sejm (available in Polish), http://www.sejm.gov.pl/Sejm8.nsf/page.xsp/lobbing (consulted on 28.04.2020).