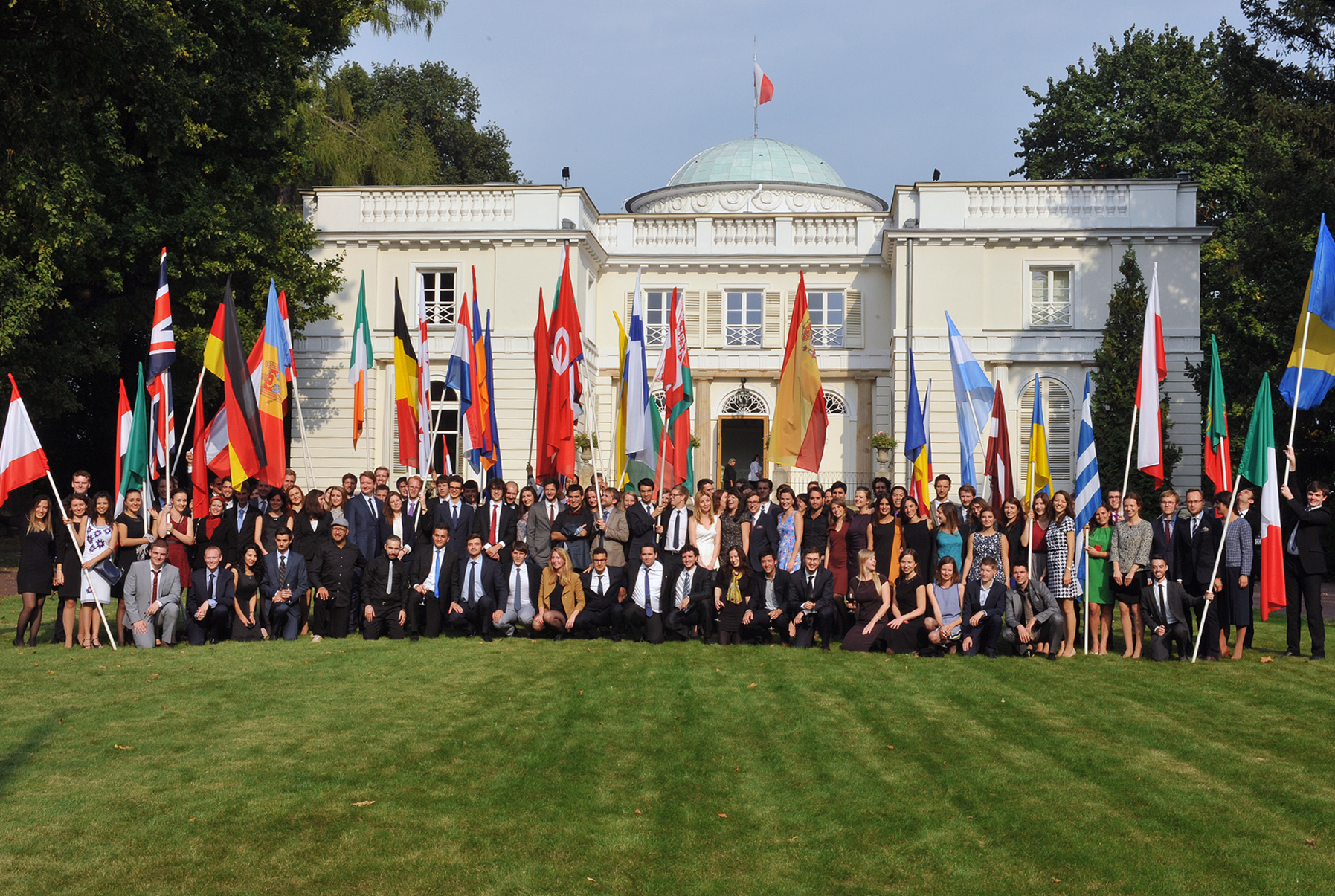 The College of Europe at Natolin is always festooned with flags. Yet there is a flag, very familiar to me in my previous life, which I seem never to see here. It is the flag of the Union of Soviet Socialist Republics. It hung in pride of place in my old university common room. In the middle of my first year a student attempted to get it removed on the perfectly reasonable grounds that it symbolised a regime which had killed millions of people. She seemed to be getting her way. Then some bright spark from the History Faculty pointed something out. He noted that our Soviet flag – with hammer and sickle and star – was only introduced by Khrushchev, who, it was implied, was a perfectly acceptable Soviet dictator. We must, he argued, keep our version – the astrally endowed one, that is – on the wall. As is the fashion now, we decided to call a referendum.

Over the months that followed, the ructions in Eastern Europe began to make their way onto our television screens. We young intellectuals of the Left had many serious discussions in front of that flag. I often heard the view expressed that the Russian annexation of the Crimea had occurred with the enthusiastic approval of the population, who were, as far as most of us were concerned, basically Russian anyway. Britain, I was told, should accept it. It reminded me of the position of Nigel Farage (whose party actually won our European elections that year): the West deposed a ‘legitimate president’ in a coup, and Russia responded to protect the people now threatened. There’s a lot of discussion in European circles about Russian ‘fake news’. But isn’t it interesting that there’s such a ready constituency in Western Europe for it?

The Orientalist, Said tells us, creates an ‘ontological and epistemological distinction between Orient and Occident’. His view of the former is completely dominated by its role as a foil for the latter, completely independent of the historical and political reality of the country concerned. Just as previous generations wondered how Western Stalinists could not but condemn the gulags, it is now asked why those legitimising Russian actions do not condemn Putin’s domestic policy. The answer is that they would, probably, if they thought about it. Yet they do not. Their stance has actually very little to do with Russia, and a great deal to do with Us. To those outside the foreign policy consensus – on the Left and sections of the isolationist Right – Russia is to be praised on Orientalist grounds. She is to be praised because We are aggressive, and Russia is not Us: indeed, she resists Us. Russian foreign policy is thus exempt from any meaningful analysis. One can – as did sections of the British Left – praise the Russian bombardment of Syria while at the same time opposing NATO action against ISIS. As the defecting British agent says in the film ‘Tinker, Tailor, Soldier, Spy’: it was an aesthetic choice as much as a moral one. The West has grown so ugly, don’t you think?

While debating what the Germans, I believe, call a Russlandversteher – a Russia sympathiser – one notices certain tendencies. There is firstly the jump between what Russia might naturally be expected to do and what it is legitimate for her to do (viz. Farage’s ‘If you poke the Russian bear, she will react’, as if a natural tendency to annex bits of Europe justifies indulging a dictator rather than opposing him). Then it’s said that the Russian desire for a sphere of influence is equivalent to that of the US. As if NATO did not rest on the genuine consent of the peoples of member states rather than tanks and ballot-rigging. Apropos of this last point, doubt is then cast on the attitudes of the populations towards Russian expansion. Many people in Ukraine speak Russian, don’t they? Who are we to get in the way?

En passant, our student referendum eventually resulted in the flag staying up. The clinching argument was that, for all the USSR’s undoubted failings, her flag was for us a symbol of British students’ fight for a better world. It was never really considered that our much-despised democratic capitalism, for all its pain and drudgery and broken dreams, was for untold millions around the world the true ideal. So the flag stayed up. It was an aesthetic choice, I suppose.