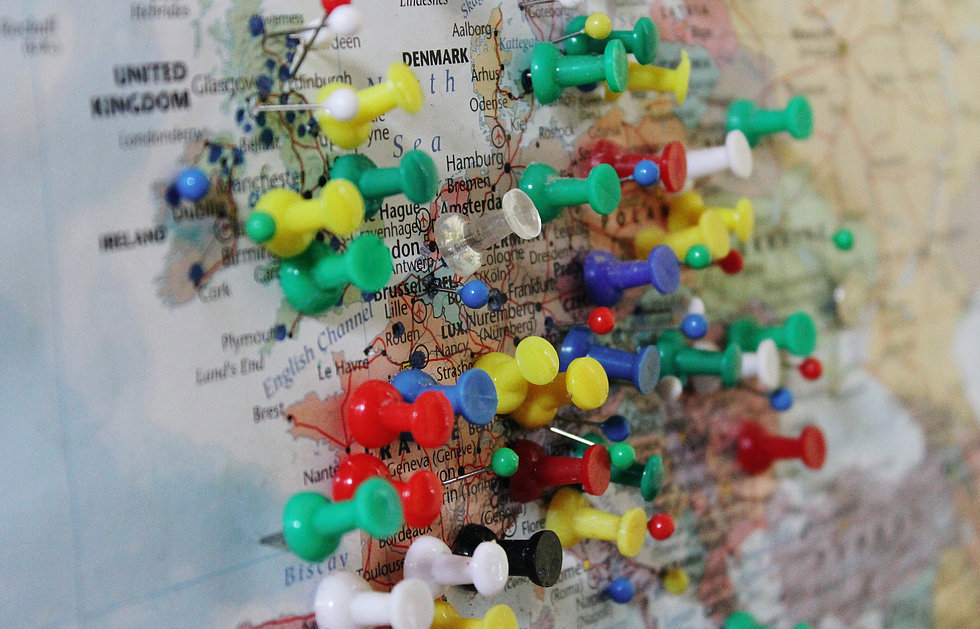 The In Crowd is an initiative of the British students of the current Chopin promotion at the Natolin Campus of the College of Europe. They seek to convince voters in the UK to choose to stay IN the EU in the upcoming referendum on June 23. We talked to George Turley, one of the minds behind this campaign, who told us more about the ideas behind it.

Natolin Blog: Where does the idea of creating The In Crowd come from?

George Turley: The In Crowd is borne from the fact that, as we’re living and studying overseas, it’s very difficult for us British students here at the College to get involved with this referendum campaign. If we were currently based in the UK, many of us would be out leafleting and canvassing on behalf of the IN campaign. Through The IN Crowd, we get the opportunity to contribute from our home overseas, which is great!

NB: What do you want to achieve and who are you reaching out to?

GT: Our target audience is obviously Brits back home, who will be going to the polls on 23rd June, and whom we hope to convince to vote to remain IN the EU. In particular, we hope to reach out to our own friendship groups (the so-called politically apathetic generation) via social media in order to show that there are people our age who are passionate about their EU citizenship and membership.

Having said this, we appreciate the support of anyone who wants to have a read, and who will share our work if they like what they see. We’re grateful to colleagues at the College – many of whom know lots of Brits in their networks – for helping to get the message out there.

NB: How do you analyse the situation before the June referendum from outside the UK?

GT: Our perspective isn’t wholly different from those back home; after all, we read UK news online on a daily basis and we’re always in touch with friends and family. But one thing that we do appreciate is the extent to which other people around Europe (and around the world) want Britain to remain part of the European project. Obviously it’s for the British body politic to decide – and it’s not the place of other countries to try too hard to influence that decision – but it’s clear that our friend across Europe would be very sad to see us go; not only would Brexit leave the UK worse off, it would be detrimental to the EU too.

NB: What are the main challenges for the ‘IN’ to succeed?

GT: So far, the referendum debate has been characterized by OUT appealing to arguments and ideas of the heart (like national identity, sovereignty, and British values) whilst the IN campaign dominates the arguments of the head, for example economic sensibility.

Ultimately, to win, IN will have to convince the heads and the hearts of British voters. It will need to make the case that, like it or not, the UK is a European country (for reasons of geography and history, amongst others), and it’s time for us to embrace that identity and take the lead in Europe, rather than shying away from the challenge. This is the message that we, The IN Crowd, are trying to get across.

NB: Why do you think that some UK citizens are supporting the OUT campaign?

GT: Incipient euroscepticism has been a part of British politics for many years, and it was inevitable that these ideas would eventually come to a head. This eurosceptic message claims that the EU costs the UK too much, undermines British decision‐making, and brings about untold issues relating to migration, amongst other grievances. And often it is articulately conveyed by erudite, personable politicians. Nevertheless, this is largely a divisive message, not to mention that its supporting evidence is often factually incorrect.

Whether, last year, you were in favour of the idea of a referendum or not, the reality now is that it is happening and so we need to take this opportunity to put these claims to bed. Hopefully The IN Crowd is contributing to this endeavour.

NB: What added value does the EU offer to the UK?

GT: This is surely a Masters’ Thesis in itself!

Briefly, I think the benefits that the UK enjoys by being a member of the EU can be split into two categories: the tangible and the more abstract. Britain enjoys a host of a tangible benefits – benefits which we can easily see in front of us – including access to the world’s largest marketplace and trading bloc, free movement across the continent (whether you’re just travelling or you want to work), a voice in a parliament which legislates on issues that we can’t tackle on our own (think international climate change action and security), regional subsidies (it’s not clear that Westminister would legislate for these, especially under the current government) and a stronger voice on the world stage, to name but a few. Many of these tangible benefits would literally be lost after leaving the EU. For others, it is unclear whether or not they could be maintained as part of an exit negotiation settlement; either way, Brexit is a huge risk.

The more abstract benefits can be harder to identify and quantify precisely, but are altogether more important in the grand scheme of things. The EU is the largest and most successful peace project in the world, for example; even without reference to tangible benefits, this makes it something that we Brits should aspire to be a part of. In addition, it is an innovator and the first of its kind. Other regional trading blocs/political associations around the world have sought to follow the EU’s lead (think ASEAN) and this exciting leadership role can commend the EU to UK, which has sought to be a global leader for many centuries.

NB: What do you think is going to happen on June 23rd?

GT: I hope very much that the UK elects to remain a member of the EU, but I know that either way the result will be a very close‐run thing. This indicates that June 2016 won’t be the last of it; in the event of an IN vote, politicians need to throw themselves into co‐operating enthusiastically with their European partners, safe in the knowledge that this has been mandated by the electorate, and ordinary people who value their EU membership and citizenship need to continue to make that clear, and continue to make the case.