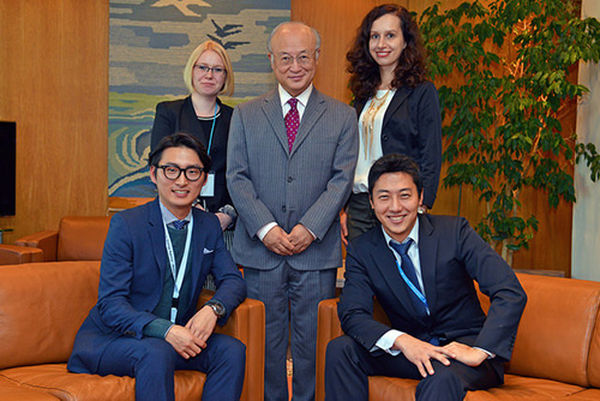 “Interns/Trainees are considered gratis personnel (…). They are not staff members and shall not represent (…) in any official capacity.”

In the likely event of this quote and its nifty wording causing some understandable confusion (in particular the “gratis personnel” bit), please be advised that it comes from an official internship position offer. At one of the UN agencies, seated in Geneva, Switzerland. The average salary after tax in Geneva rounds 5500 EUR. Rent of a non-centric, one-bedroom apartment in Geneva rounds 1500-1800 EUR.

Google search returns almost 8500 records containing the exact phrase “gratis personnel”; they come almost exclusively from the UN system. This is no surprise, since the wording comes from the UN General Assembly’s Resolution passed 19 years ago — in 1997.

After heavy criticism towards the UN intern policy was unleashed by the case of “the homeless intern”, Mr David Hyde, the UN officials were quick to retort. The 1997 resolution apparently tied their hands. It made the overall remuneration of interns subject to the unlikely decision of the General Assembly.

Except that it did not. The GA Resolution no. A/RES/51/243 — the one adopted in 1997 — actually recognized that “the use of gratis personnel (…) should be on an exceptional and temporary basis and for specialized functions only”. It also referred, back then, to the UN’s Department of Peacekeeping Operations. It did not, in any way, refer to the entirety of the UN system.

Moreover, the resolution invoked i.a. the article 101 of the Charter of the United Nations. The Charter states that “the paramount consideration in the employment (…) shall be the necessity of securing the highest standards of efficiency, competence, and integrity. Due regard shall be paid to (…) recruiting the staff on as wide a geographical basis as possible.”

Second, the outcome of such practice is exactly the opposite of what both the 1997 resolution and the UN Charter itself state. It in fact prevents the application of “highest standards of efficiency, competence, and integrity” as it effectively favors candidates from developed countries. These are already overrepresented, which is a direct breach of Article 100(3) of the UN Charter.

However, this is just one example. Gratis personnel has become a widespread practice worldwide. It is eagerly used and, to a certain extent, promoted by the most prestigious companies and institutions. Economy can explain why free interns are so much in demand in the business world. Nevertheless, it remains to be a large question mark in case of international organizations — and governments. For both are directly or indirectly funded by taxpayers. And yet, unpaid internships at government agencies are by no means exceptional.

Altogether, they have become so widespread that the very amount of remuneration — in a rare case that there is one — does not appear to be questioned at all. For instance, the traineeships with the European Commission are always remunerated. However, the remuneration usually rounds 1000 EUR monthly. In Brussels it is consumed on the spot, mostly by accommodation costs (estimated at 800 EUR monthly for a single-bedroom apartment).

Therefore, if you want to work, you need to… work and save up first.

This is perhaps the most accurate definition of gratis personnel. Young graduates and professionals who are more than willing to provide work in exchange for zero or very little remuneration. And not just any work. As it is stated in a number of FAQs and websites providing EU traineeship advice: “the competition is fierce”, i.e. several thousand applications are sent during each traineeship period and personal lobbying is necessary to obtain the desired post.

The case of UN internships highlights the advantage of developed countries against underdeveloped regions. There is one more problem, however, that affects everybody: gratis interns hamper social mobility. Simply put, who can afford to hang out in Geneva for half year? According to the Sutton Trust, a British think-tank and foundation focused on education and social mobility matters, an internship in London typically costs over 900 GBP per month. That is in case when an intern is lucky enough to get their expenses (e.g. transport) covered. To put things in a European perspective: an average monthly salary in Poland would not suffice to cover such cost. It would fall short by more than 150 GBP.

On this note, the International Labour Organization (which, by the way, also employs underpaid interns) promotes the Decent Work Agenda. It is to be one of the pillars for crisis recovery and sustainable development. “Decent work”, according to ILO, is supposed to be “productive” and “deliver a fair income”. Currently, interns are forced to rather meet the former without the latter.

Future trends are unclear. At the UN, the potential cost of interns’ remuneration is said to be ‘a fraction’ of UN budget; however, institutional hurdles hamper the change. EU does offer a number of paid traineeships; nevertheless, it is not uncommon to be an unpaid intern in the ‘Brussels bubble’ — e.g. at one of its numerous lobbying agencies. There are examples of EU institutions offering unpaid internships, too. There are neither incentives nor obstacles large enough to make businesses ditch their gratis personnel.

There is one point at which IOs, NGOs and some businesses appear to concur: that many of them would not be able to function properly without interns. The ball may well be in the interns’ court now.