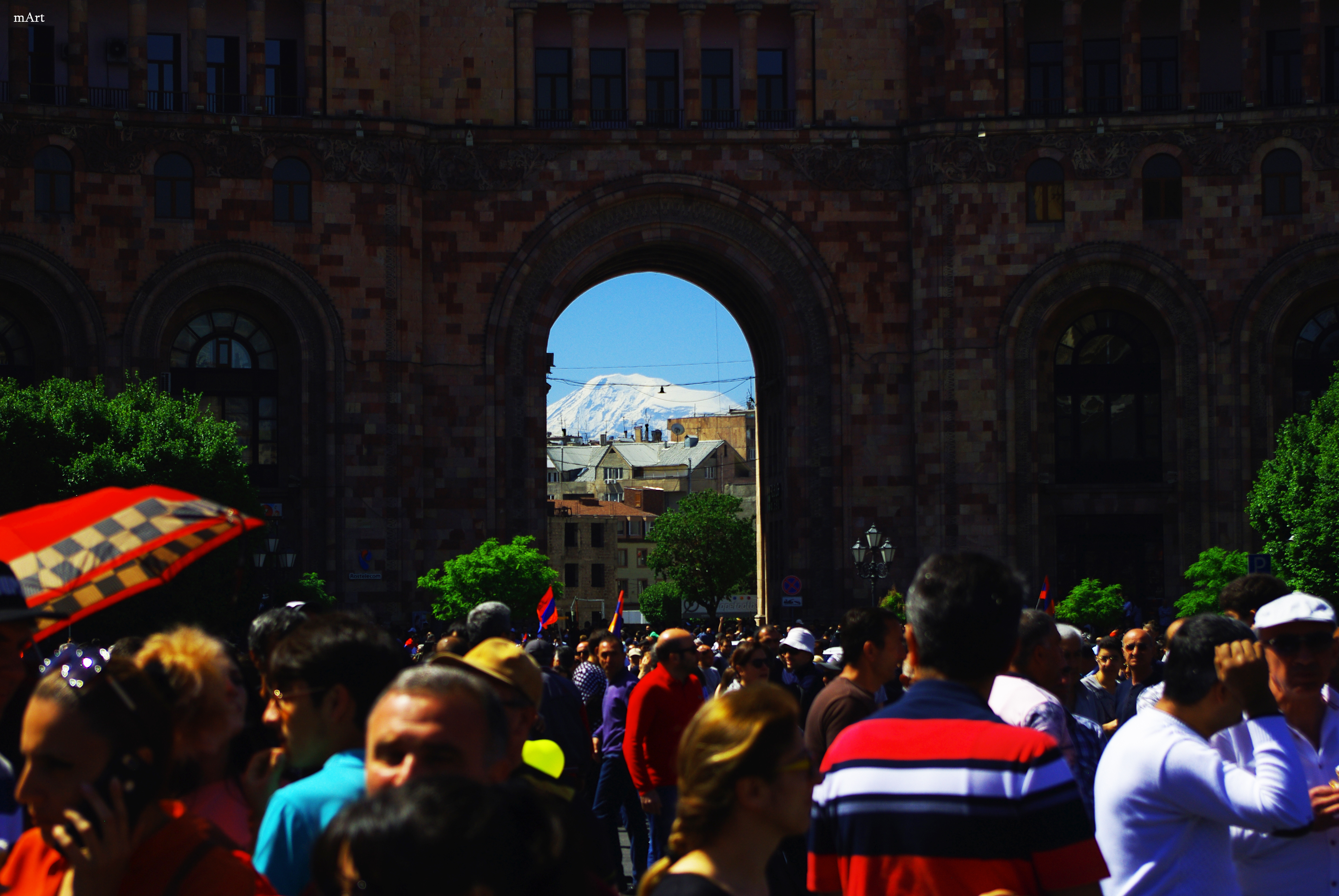 Post-Soviet countries, and Armenia is no exception, are rough and vibrant places, full of intense paradoxes, humour, micro-aggression, and beauty. All of the fifteen former Soviet states, each with its own cultural and socioeconomic components, have been grappling with the ghost of the Soviet Union in different ways.

The fall of the statues of Lenin and Marx became a powerful symbol of the collapse of the Soviet Union. Those statues and the oppression they represented were, however, quickly replaced by new figures – oligarchs who pursued a type of hyper-capitalism.

Such phenomena could also be witnessed in Armenia since its independence in 1991. Several weeks ago, though, a new and different Armenia ”rose from the ashes”. And the euphoria and empowerment of that phoenix-like awakening have been intense and palpable, from its capital city – Yerevan – to the remotest of villages.

Thousands of Armenians took the streets, proving they can make a change through peaceful dissent and unrest. Civil disobedience, actions, and strikes brought down an oligarchic regime that had seemed immovable for over a decade or so.

The movement of ”people power” led by Nikol Pashinyan, a young opposition member of parliament who has also been a former newspaper editor and a political prisoner, appears to have developed on multiple fronts. Frustrated youths fed up with the lack of economic opportunities under the decade-long rule of former President Serzh Sargsyan dominated the protest movement and quickly galvanized members of other generations across the country.

Peaceful protests and rallies produced civic engagement at extraordinary levels. The people’s political sophistication became evident both in terms of their disciplined approach to nonviolent strategies, but also in their determination to pursue their goals through the existing constitutional order.

All this forced Serzh Sargsyan, a very unpopular political figure and Prime Minister at that time, to step down and sidelined the long-dominant Republican Party. As a consequence, the Republican Party prolonged the crisis by opposing Nikol Pashinyan’s bid to become interim Prime Minister on May 1st. This, in turn, pushed people back onto the streets with a new enthusiasm. Parliament met again on May 8th to choose a leader, and this time Nikol Pashinyan – the ”People’s Prime Minister” prevailed. After the election, he has vowed to break up the cosy system of oligarchic monopolies and invigorate an economy that has left a third of the country in poverty.

Impoverished and landlocked, Armenia is closely tied to Russia through trade, subsidized gas and military dependence. Thus, Russia’s President Vladimir Putin rushed to congratulate prime minister on the victory. Russia played the de facto role of ‘‘silent kingmaker’’ in Armenia’s révolution de velour. Unlike his counterparts in Ukraine, Nikol Pashinyan said he had no plans to pull Armenia out of Moscow’s orbit. In addition, in the streets, Pashinyan’s supporters were encouraged to display only Armenian national symbols – a conscious break from the Ukrainian revolution, which angered Moscow by adopting the European Union flag.

Still, the victory of the opposition in Armenia is also partially a victory of the EU, in terms of ideals and ideas. The new Armenian leadership has a unique opportunity to pursue a greater degree of integration with the European Union, particularly through the implementation of the EU-Armenia Comprehensive and Enhanced Partnership Agreement.

Armenia-EU relations are now governed by the aforementioned agreement brokered in early 2017. But a more ambitious deal, which included free trade options, was scuppered in 2014, when Armenia joined the Russia-helmed Eurasian Economic Union. Still, the current, 2017, agreement provides avenues to consolidate democracy, strengthen the rule of law, protect human rights, and create a prosperous economic and social system for the benefit of the citizens of Armenia. Pashinyan also expressed hopes for visa liberalisation soon, saying Armenians “deserve” to travel freely within Europe, a perk already enjoyed by neighbour Georgia.

Yerevan has already ratified the partnership but most EU member states are yet to do so. Pashinyan hopes to see “tangible results” in that regard soon.

AYRES Sabra, ”Armenia contemplates the unlikely: a nonviolent revolution on the cusp of victory”, Available at: http://www.latimes.com/world/europe/la-fg-armenia-election-20180507-story.html

MACFARQUHAR Neil, ”He Was a Protester a Month Ago. Now, Nikol Pashinyan Leads Armenia”, Available at: https://www.nytimes.com/2018/05/08/world/europe/armenia-nikol-pashinyan-prime-minister.html