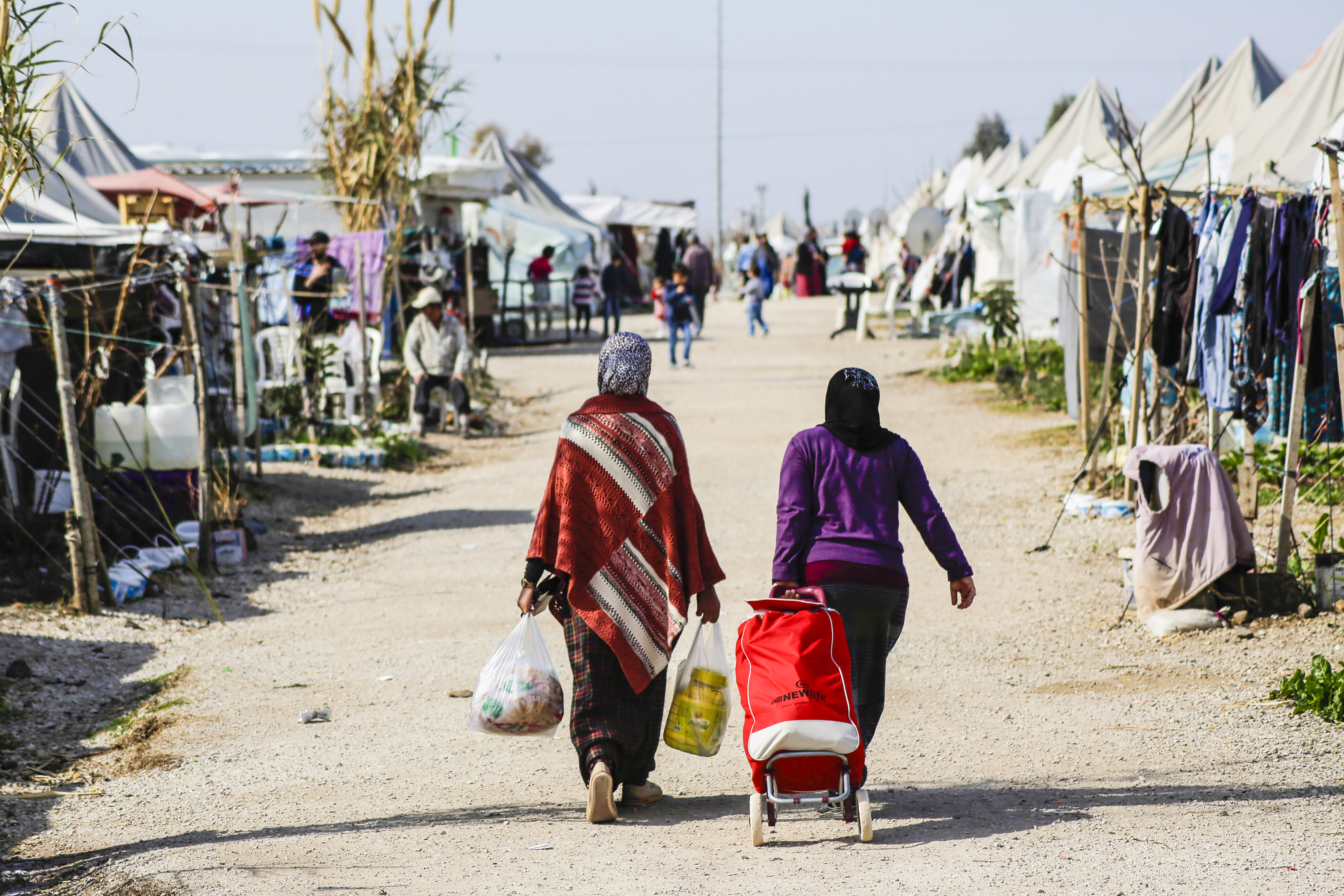 On 20 April 2015, the French satirical TV show Le Petit Journal covered what it then called the “worst migration-related disaster in recorded history”. A ship had just been lost a few hundred kilometers off the Lybian coast, and out of its 700 or so passengers, only 28 survivors had been rescued. The show reminded its audience that the previous week there had already been a migration-related disaster dubbed the worst in recorded history, with 400 souls lost, and that also on 20 April, another boat had sunk drowning its 300 passengers. It then enumerated similar disasters, in the previous months, the previous years… With the European anthem playing in the background, symbolising the values of the Union – liberty, peace, solidarity – the show host asked “Que fait l’Europe?”

The show also famously showed footage of the Council of the European Union’s meeting in Luxemburg, observing a minute of silence after hearing the news of the sinking. It then showed the same scene the previous week, in 2011, in 2009… every time, the same minute of silence. It explained that out of all those who die on the road to exile, an estimated 75 percent die while trying to reach Europe. On set, the programme displayed statistics provided by the IOM[1] showing the victims’ genders: 96 percent “unknown”, meaning that 96 percent of the bodies were never found.

The previous year, 219,000 persons crossed the borders of Europe to flee war and misery.[2] Between January and August 2015, that number rose to 350,000 – growth mostly due to new contingents of refugees coming from Irak and Syria.[3] The media was quick to dub this inflation (negligible related to the size of the European Union’s population) the Migrant crisis. As the label spread and colonised most of the public debate, it had to be addressed by the political actors across the continent, opposition and ruling parties alike.

In 2015, there were 240 million migrants in the world, a migrant defined as “any person who lives temporarily or permanently in a country in which he was not born and who has acquired important social ties with that country.”[4] This is about 3 percent of the world population.

Out of these 240 million, around 65 million were forcibly displaced. This time, we are talking about 0.9 percent of the world population. And out of those 65 million, 44 million (around 67 percent), are IDPs – internally displaced persons.[5] There are 7,6 million IDPs in Syria alone. Refugees who were granted asylum in another country only account for 26 percent. And most of them are staying in neighbourhing countries: in 2010 four out of five refugees stayed in the region of their homeland.

So, if we do the maths, in 2014, the European Union, with its 219.000 refugees, out of the record-high number of 59.5 million worldwide, accounted for less than 0.4 percent of the total of displaced persons in the world. At the height of the crisis, in 2015, around a million refugees, migrants and asylum-seekers entered European countries (EU members or not) according to the UNHCR.[6] Frontex even estimated their number as high as 1.8 million,[7] but some may have been double-counted, as the so-called Western Balkan route[8] makes them cross the EU border twice. But of the more than 65 million refugees worldwide the overwhelming majority of them (86 percent) have been granted asylum in developing countries according to UNHCR[9]. Worse still, 10 countries (Jordan, Turkey, Pakistan, Lebanon, Iran, Ethiopia, Kenya, Uganda, the Democratic Republic of Congo and Chad) host half of them.[10]

The numbers for 2016 went down for Europe, nearer those of the 2000’s: 364,000 people crossed European borders in 2016 according to Frontex. However, let’s stick to the 2015 record numbers and ask ourselves a simple question. If Europe with its one million refugees, received 1.5 percent of the worldwide number of displaced persons and around 5 percent of the total number of refugees, why do 75 percent of those who die whilst migrating, die at the borders of Europe?[11]

The threat of unarmed women and children

From October 2013 to October 2014, the Marina Militare – the Italian Navy – led Operation Mare Nostrum, to tackle the problems of increasing immigration from, among other places, North Africa as a consequence of the Lybian conflict. Their mission: to patrol the seas, save migrant ships from shipwreck and bring them safely ashore.[12] In that year, the Italian Navy managed to save around 150,000 migrants, who arrived safely to Europe. In November 2014, Mare Nostrum was replaced by Operation Triton, a security operation led by Frontex, with a third of Mare Nostrum’s budget. The mission was not to assist the migrants anymore, but to spot refugee ships with helicopters and drones and deport them back to the shores they came from, so that they could be put in camps worse than the haphazard migrant shelters of the European side.

The thinkers of the Copenhagen School of security studies[13] taught us that even a line of tanks crossing your border is not a threat per se[14] as long as you don’t decide it is one, through a process they called “securitisation”. In this school of thought, this process is the one through which a state transforms an issue into an existential threat.[15] In this case, and even if it has always been difficult for me to understand how an unarmed group of civilians fleeing war comes to be treated as a threat, this is precisely what has happened: the EU institutions with Frontex at the fore, have “securitised” these refugees, treating them as a security threat, Frontex is not saving people in flight. It is repelling an invasion.

It would seem that this necessity to address the inflation of migration flows in the same way they would a security threat is felt by the European political elites to be a way to appease the illogical fear of their voters. It is far from a new phenomenon, it builds on decades of sensationalist media coverage and a traditionally right-wing narrative. However, seeing it on this scale, championed by an organisation built on values of solidarity, peace and liberty gives it a renewed impact.

The powers-that-be may seem to think the storm has passed, that amidst all the xenophobic hysteria that gripped the continent, they managed to keep the European Union from collapsing. But by adressing it this way, they made the Migrant crisis a reality, an issue that needed to be tackled with emergency measures. They legitimised at the highest level a certain discourse, a xenophobic narrative that equates migrations to an existential threat. In doing so they may even have helped far-right and eurosceptic movements gain more ground.

If this happens, the European Union will have failed on all levels. It will have failed both its citizens and the migrants that die trying to reach its shores. The lives of those drowning in the Mediterranean Sea are a bitter price to pay only to see eurosceptic forces tear the Union to pieces from the inside anyway.

Let’s not forget that, while Europe refuses to take its fair share of refugees, around 30,000 of them have died trying to cross the Mediterranean since the year 2000.[16] Even scarier: this number is a mere estimation. Who knows how high the real numbers are.

[4] As defined by UNESCO: http://www.unesco.org/new/en/social-and-human-sciences/themes/international-migration/glossary/migrant/

[5] UNHCR, Figures at a glance, available at: http://www.unhcr.org/figures-at-a-glance.html

[13] In International relations, the Copenhagen School of security studies is a school of thought that combines a strong constructivist approach with traditional political realism. Many of the school’s members were associated with the Copenhagen Peace Research Institute, hence the name.

[14] The tanks in question may have been invited, they may have come to help an ally, escort a humanitarian convoy, or even be lost. The point is that this simple setup is not a the expression of an aggression in itself – until someone decides to make it one, that is.

[16] The migrants’s files,  The human and financial cost of 15 years of Fortress Europe, available at: http://www.themigrantsfiles.com/