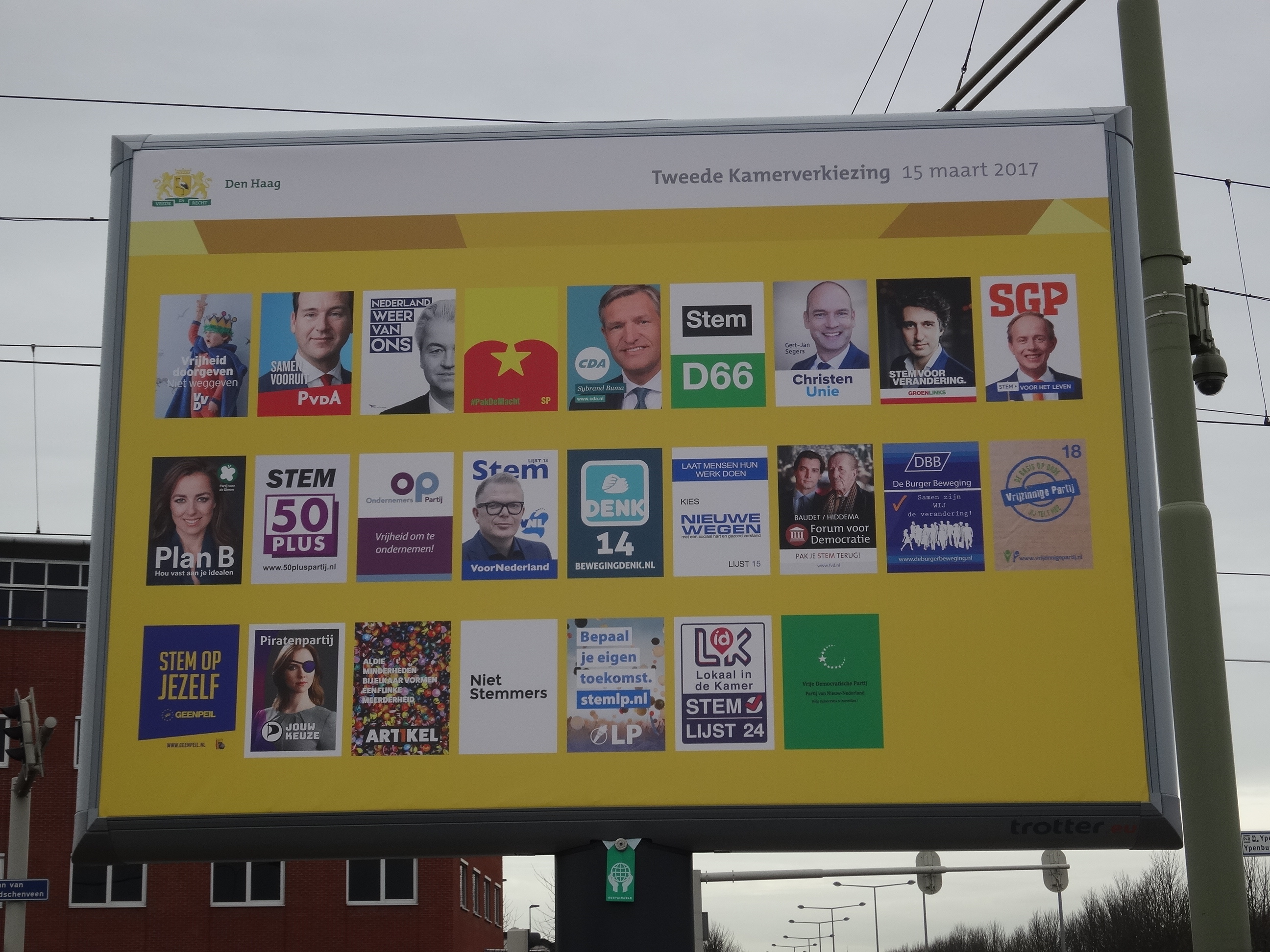 What do a Dutch non-voter, an elderly woman and an animal activist have in common? They will all have the opportunity to vote for a political one-issue party especially dedicated to them during the elections today. Whether you want every mosque in the country to close or enjoy a monthly national referendum, the choice is yours. Welcome to the Dutch election circus.

The international media has more than once branded the upcoming Dutch elections as a benchmark for the ideological direction that awaits the European project as a whole. Within this framework there has been a remarkable focus on Geert Wilders, a former Liberal Party (VVD) member that out of agony at a perceived, unfaltering political correctness towards migrant issues, started his own party in 2006. His Freedom Party (PVV) advocates a range of measures that will, in the words of their main slogan, give “the Netherlands back to us”. This begs the question: Who is owning the Netherlands right now? The one page political party program from the PVV gives an unambiguous answer: Islam, immigrants, refugees and the European Union. The means to get the country back are set out in ten short points, all conveniently accompanied by an unexplained financial cost or benefit. The statement that “No money will be given any longer to humanitarian aid, windmills, art, innovation, etcetera” is for example expected to provide the state with a not insignificant 10 billion euro’s, whilst “the Netherlands independent and therefore outside of the EU” will miraculously make no budgetary difference whatsoever. Defying political custom, the PVV did not send the non-existing calculations of such figures to research institute CPB (Centraal Plan Bureau)[1] for analysis, stripping the already vague budgetary notions from any form of accountability.

The Freedom Party’s political program can nonetheless be seen as a huge success. Not because it provides a clear or realistic prospectus for the next four years, but because its simplicity and controversial nature have made it by far the most widely discussed party program out there. In a campaign where a very small number of issues dominate the political discourse, strong and clear messaging seems to be key. With overly simplified promises such as a complete ban on the Quran and closing every single mosque and Islamic school, a party that in the polls does not exceed 15% of the total votes has managed to attract the vast majority of media attention abroad.[2] The most interesting and simultaneously dangerous aspect of these elections has nonetheless little to do with illusionary doomsday scenario in which Geert Wilders would be able to (un)successfully implement his one page program. Even if he would perform much better than the polls predict, a coalition with at least three other parties would be necessary to form such a government. Taking into account that there is not a single party that even loosely approximates the Freedom Party’s ideology, such an option seems highly unlikely at best. Different from what the international media is often insinuating, there are bigger fish to fry.

A wide choice of what no one wants

Dutch voters can choose between 28 political parties, of which roughly half are present in all voting districts. The country features Europe’s lowest election threshold, 0,67% of the votes is enough to send your very own parliamentarian to the 150 seat parliament.[3] With the current polls this would mean the future parliament would around thirteen different parties, with none of them having more than 17% of the total votes and the six largest parties scoring between 10% and 16%.[4] A snapshot of the smaller contenders includes a party which wants less EU and more referendums (Forum voor de Democractie), a party that solely represents voters older than 50 years (50+ Partij) and a party representing animal rights (Partij voor de Dieren). None of these smaller parties is expected to get more than a few seats. Following the general tendency of political campaigning, this overload of statistics can be neatly summarized in one clear message: if the results approximate the current election polls, the smallest possible governmental coalition would require no less than four different political parties. Plurality of choice, far from being something negative in itself, has in this case led to a situation where the ideological distances between the larger, adjoining parties are either limited or unclear. How can we change this status quo? Instead of persuading people to switch party, political scientist Philip van Praag expects the level of success will be determined by how effective political parties will be in mobilizing their stable voter base. [5]

At this point any prediction on the form and makeup of possible future coalitions can be best qualified as a stab in the dark. Whatever the outcome, the one page political party program of the only party that will almost certainly not participate in any future coalition unintentionally underlines the most pressing issue in Dutch politics: instead of giving the Netherlands back to ‘us’, we should bring the idea of an ‘us’ back to the Netherlands.

[1] The CPB (Centraal Plan Bureau) is an independent research body that conducts statistical analyses on the vast majority of party programs, calculating how proposed measures are expected to influence a variety of economic factors, including long and short term effects on for among others purchasing power. The body has this year gotten a fair amount of criticism with many commentators scrutinizing the sometimes dated econometric models and theories used for the conclusions.

[2] The must-read list of articles on the Dutch elections published by politico features 11 articles of which 7 are primarily concerned with the PVV. See also the main “What you need to know” page of the Guardian.