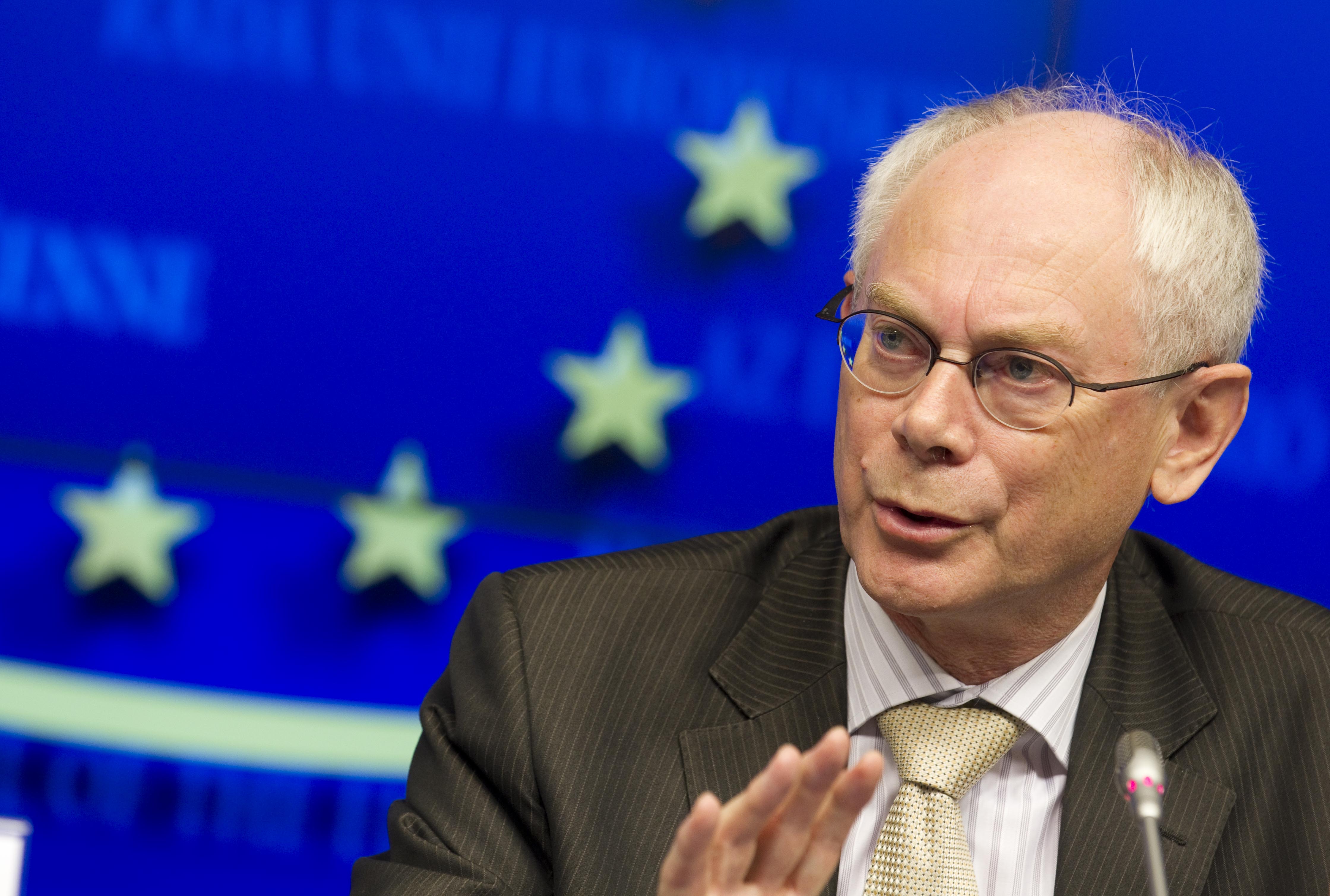 The 24th of November, Herman Van Rompuy, former conservative Prime minister of Belgium and very first President of the European Council, visited the College of Europe in Natolin to deliver a lecture on the challenges facing the European Union. After sharing his experience with the students and answering their questions, he agreed to sit with the Natolin blog for a short interview.

D.L. You said in an interview with ‘Politico’ that we do not have a problem with direct democracy as such, but more of leadership. We have been hearing a lot of voices in favor of popular referendums as a way to reestablish such leadership. You however said in an interview with ‘Trouw’ on the Dutch referendum on the association agreement with Ukraine that if a majority of the Dutch voters  said no, this would make the Netherlands a less reliable partner in Europe. What went wrong in this referendum?

How do you evaluate the referendum instrument as a democratic tool?

H.V.R. Personally, I don’t regard the referendum as a tool to strengthen democracy, because you get answers on questions never posed. I give you the example of the Italian referendum, which will take place in a few days. It’s about the abolition of the Senate.

S.B. It’s an alteration of the Senate, not the abolition.

H.V.R. You are right. It is a modification, but it is a big modification. Normally that kind of referendum you have to win with 90%. You are suppressing a political institution, very popular, less political mandate and so on. Now it is a 50/50 situation according to the opinion polls, it is very close. I hope that the Prime Minister will finally win the referendum, but it is not sure at this stage (note: the referendum was lost by the Italian Prime Minister on 4 December 2017).

It is not about the Senate anymore. It is about the government and the policies that are conducted. The issue of the referendum is not the issue of the vote. The vote is much more linked with much broader issues than just the future of the political institution. So, a referendum is answering a question that is never posed.

The second thing is that a referendum is also in my view a sign of political weakness. Let the people decide, we don’t have to take our responsibility, we, elected by the people. In my view, we are still parliamentary democracies. We elect people, they have to take their responsibilities and after four or five years you go back to the voters and ask them, if you have done well, please vote for us. If they consider that you did not have the right policy and you didn’t deliver, then it is the opposite. The moment of truth is the elections. In between it is the responsibility of those who are elected. Because, why would you organize a referendum on a Treaty? Why not on taxes; budgetary cuts? I really don’t consider these as a sign of political courage. I rather consider them as a sign of political weakness.

On the Ukraine referendum, my statements were highly controversial. I think that the Dutch Prime Minister is realizing that not ratifying the EU-Ukraine agreement ….. while Ukraine is in a civil war and living in a very difficult relationship with Russia, which is an understatement, then it is not good at all for the image of the Netherlands. For sure because the Netherlands would be the only country to not ratify. So, what I said about the undermining of the credibility of the Netherlands is obviously right. And I hope that the negotiations inside the Netherlands and afterwards with the European Union will lead to a positive outcome so that the Netherlands is not sidelined. But at the same time, I hope that one takes account of the worries of the Dutch population as far as they were related to Ukraine; that is future EU membership. So, when negotiations are going on, I hope they will find a balanced and good solution.

H.V.R. Let’s say: there are two different things. The EU-Turkey agreement on migration is something different of the resolution voted by the EP. That’s more related, let’s say, to other aspects of Turkish policies, inside, inside Turkey after the coup d’état. Here I was only focusing on this, on the agreement we negotiated between EU and Turkey on migration, with help in budgetary terms for Turkey, with the chapter on visa-liberalization, with also the chapter on taking back some of the refugees and accepting from our side legal migrants coming from the neighboring countries, the Lebanon, Jordan and Turkey. I was focusing on that, that for sure.. This was very helpful, that kind of agreement, for keeping the .. political stability of Germany and other countries and thus of the EU.”

S.B. Isn’t this agreement a part of a broader relationship with Turkey?

H.V.R. You can disagree on some topics and agree on others. With Russia we have many, many problems, on Ukraine for instance, but we worked together on Iran, on getting the, the nuclear deal. we are working with ups and downs on a solution in Syria, let’s say, more with downs than with ups, but it doesn’t prevent us to work together to find a political outcome over time for those kinds of crises. So, a relationship with a country is not a black & white story. It is: on some issues we agree, on some issues we have huge differences.

V.L. Next question, on a totally different subject : José Manuel Barroso, a few months back, caused a continental scandal when he joined Goldman Sachs. Obviously, this sends a very bad message to the EU’s peoples and electors , when the former chief of the Commission goes join a bank that contributed to creating the crisis that he himself cured with violent austerity measures, the same crisis that yourself you have tried to solve for years.

The message sent by Barroso, that shows a collusion with the world of finance and big corporations, isn’t it an extremely negative message sent to the electors, that could justify their disenchantment towards the European institutions and the impression that they work more for the corporations and big business than for the citizens?

H.V.R. I do think it is mostly a problem of perception. Because, basically, the Commission and the Member States and the European Parliament voted,the laws – to use this word which is not entirely European – directives and regulations, to enforce, precisely, much stronger regulation, a much stronger monitoring. Even financial institutions consider that the European Union goes too far with its regulations. So in practice there is no doubt about, say, the intentions of the Commission and the European institutions that there is a financial sector that is much more controlled than before. And President Barroso contributed to it. It may be that, after a year and a half, his passage – which is a completely legal one  –  it is possible that his passage to a large American bank created another perception.

V.L. And not just any bank.

H.V.R. No, no, I’m coming to it. It is a big one. But when it comes to facts, regarding the legislation on which the Commission has competence, there is no doubt about what we have done. Regulate more – and even too much, I repeat, to be clear, too much according to the banks – the banking sector.

As for the ethics of senior officials, there have also been additional regulations since. But the harm was already done. Because there is this problem of perception.

V.L. One last thing. The students of the College have been enthusiastic about your haiku for a few days. Would you do us the favor to write us a haiku specially dedicated?

H.V.R. I do not have time right now, but later on, if I have time, I will write one in thinking about this day.

Addendum : We are still waiting eagerly for the haiku we were promised.