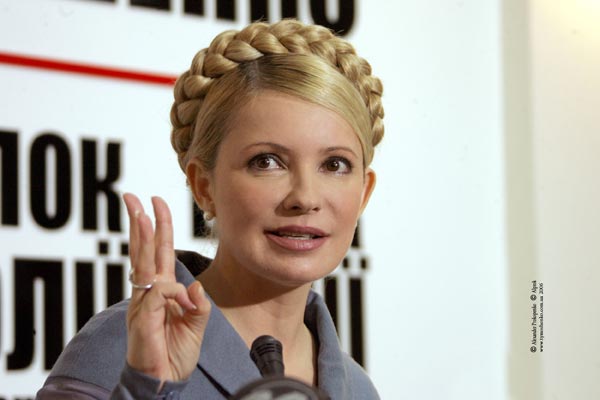 Two years after Maidan the post-revolutionary consensus in Ukrainian politics has all but vanished. While Petro Poroshenko and his bloc still hold a firm grip on power, this year the President has had to face a government crisis and increasingly declining approval rates [1]. In this scenario, Yulia Tymoshenko and her party Batkivshchyna are strengthening their position by channeling popular frustration against institutions – and so far their efforts are paying off [2]. However, if Tymoshenko were to win next elections her inability to deliver on her promises risks undermining the public’s trust in the credibility of the political class and in the feasibility of reforms even further.

The crisis started on February 3 with the resignation of Minister of Economy Abromavicius, who denounced the resistance to reforms spreading inside Yatsenyuk’s government [3]. This was taken as a major blow for Ukraine: Abromavicius was in fact one of the foreign experts appointed to the Ukrainian government so as to reassure the West about Kiev’s commitment to reforms. Soon after, Prime Minister Yatsenyuk was forced to resign, which left Poroshenko torn between the struggle to build parliamentary support for a new government and the desire, shared by Western countries, to avoid early elections. The crisis ended with the confirmation of Volodymyr Groysman as new Prime Minister by the Verkhovna Rada. Unsurprisingly, the choice of a former local mayor with no government experience and strong ties to Poroshenko failed to inspire a general public already dealing with a harsh economic downturn and irritated by new corruption scandals[4]. To an ambitious politician, such turmoil would provide fertile ground for action, and this is where Tymoshenko comes in.

Yulia Tymoshenko is a political heavyweight – a household name for Ukrainians and foreigners with top government experience. Yet, what foreigners may fail to appreciate is how controversial her political figure is among her compatriots. Together with Yushchenko, she was the face of the Orange Revolution in 2004, but she was also responsible for the ensuing failure to strengthen the reform process. Her detention between 2011 and 2014 had a major impact in spoiling relations between Yanukovich and the West, but Maidan developed independently from her and from political parties. To most Ukrainians Tymoshenko merely represents the old system that failed to implement reforms and to prevent the rise of Yanukovich. After Maidan, she was even abandoned by former party allies, such as Yatsenyuk, who did not want to continue to act in her shadow and left Batkivshchyna to create the People’s Front.

Yet Tymoshenko did not give up. She finished second in the presidential elections and, against all odds, her party met the 5% threshold in parliamentary elections. Having defended her place in the political debate, she knew how to use it. Despite supporting the Yatsenyuk government, Batkivshchyna managed to stand out as the most vocal political force, often by expressing independent positions and policy proposals. One of Tymoshenko’s trademarks became her opposition to the local autonomy of Donbas in spite of Kiev’s international obligations. In order to demonstrate Batkivshchyna’s uncompromising stance toward separatists and Russia, she even decided to support the parliamentary candidacy of Nadia Savchenko, a Ukrainian soldier taken captive by pro-Russian forces in Donbas and detained in Russia for two years.

Tymoshenko is also very critical of the current Ukrainian elite – and since Batkivshchina left the government coalition last February her rhetoric has further radicalized. One of the major points in her party’s programme is the issue of gas prices, which, according to Tymoshenko, are kept artificially high by public authorities to the detriment of Ukrainian citizens. Tymoshenko is also very eager to portray the government as dominated by corruption and oligarchs. As for relations with the West, Batkivshchyna’s proposal, summed up by former Foreign Minister Borys Tarasyuk, is to enlarge the Normandy format to balance Germany and France with countries with a more hawkish approach to Russia such as United States or Poland.

Would Batkivshchyna be able to stand up to this rhetoric if it were in power? The available evidence suggests otherwise. Tymoshenko’s proposal to lower gas prices would result in a major setback in relations with the International Monetary Fund (IMF), whose aid is vital for Ukrainian economy. In a fact-check on Tymoshenko’s rhetoric, Vox Ukraine argued that “she knows facts about gas market very well, but she primarily utilizes them in the way more convenient to her, […] exposing only a part of the truth”[5]. Secondly, while her concern about corruption and oligarch interference is well-grounded, it remains hard to forget that Tymoshenko herself rose to the national spotlight through shady business-making in the 1990s and that she is rumored to entertain ties with oligarch Ihor Kolomoyskyi[6]. As far as diplomacy is concerned, her party’s proposal overlooks the EU’s likely opposition to changes in the Normandy format, and therefore seems doomed to have little effect on the crisis management.

All the same, Batkivshchyna seems focused on playing its game: populist rhetoric in exchange for immediate electoral benefits. However, this strategy has evident drawbacks. Firstly, making proposals that cannot be delivered once in power is a dangerous practice in a country which already has a low regard of politicians. Secondly, the party’s attention to gas prices suggests that Tymoshenko is more focused on attacking unpopular yet necessary reforms in order to gain the sympathies of pensioners – a key electoral constituency – than addressing the actual shortcomings of the reform process. Therefore, an electoral victory of Batkivshchyna would not represent a real change but would probably coincide with another season of popular disillusion in Ukrainian politicians and in their ability to live up to their promises of reform.

[3] Tadeusz A. Olszańsk, Wojciech Konończuk, The Resignation of Ukraine’s Minister of Economy, available at: https://www.osw.waw.pl/en/publikacje/analyses/2016-02-03/resignation-ukraines-minister-economy