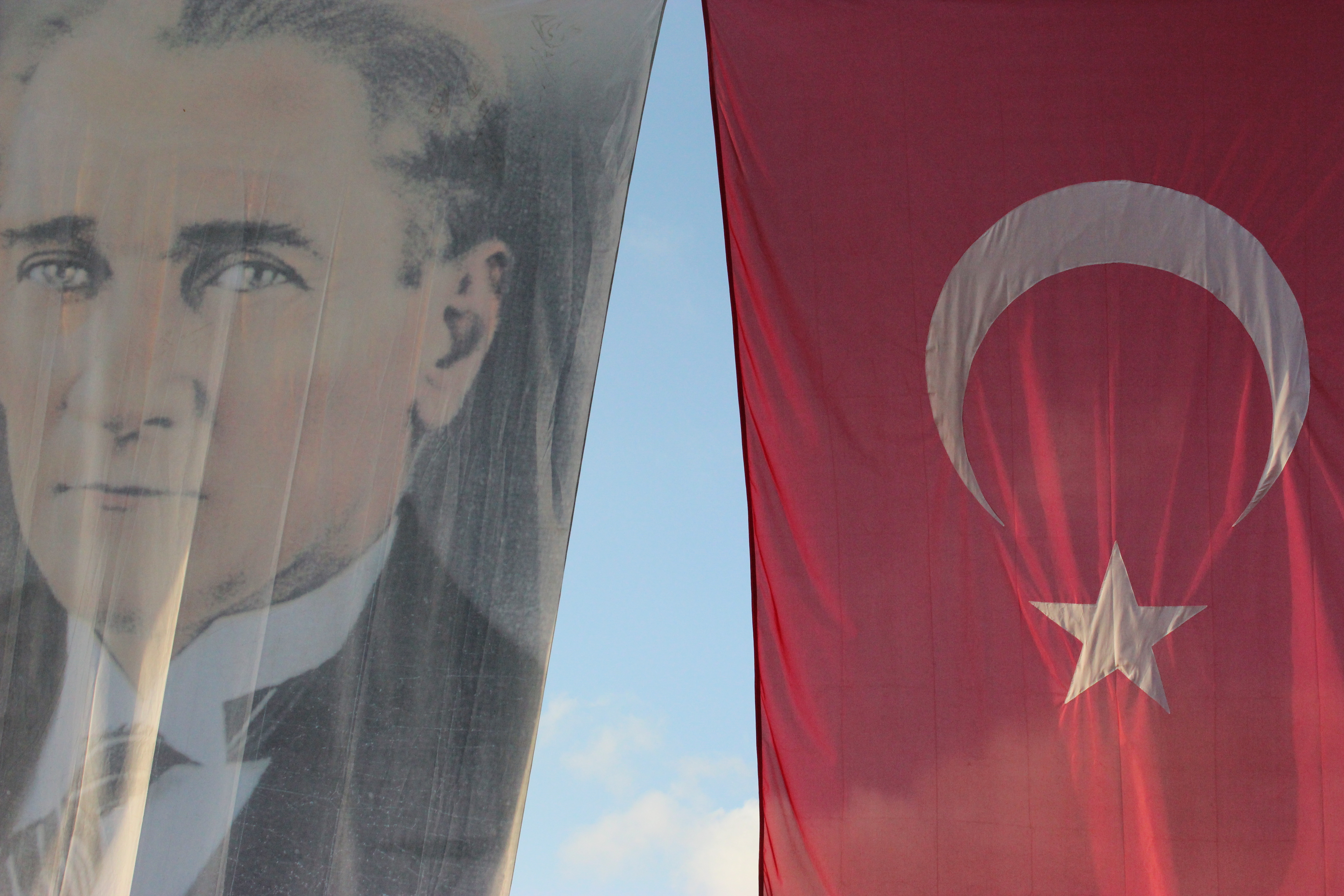 On the recent transformations of Turkish politics, nationalism, and the perils of historical oversimplification.

To many in the West, accustomed to the lulling ebbs and flows of the liberal discourse, the failed Turkish coup on July 15 along with its repressive aftermath seem to further deepen the chasm between Turkey’s increasing authoritarianism and Europe’s continued adherence to democratic norms.

Western media have done their fair share to stoke the fire. Politico, for instance, first referred to the coup by comparing the ruling Justice and Development Party’s theory of government to that of the Egyptian Muslim Brotherhood to the extent that it “does not recognize freedom of press, individual rights against the state, the separation of powers or a clear division between state and religion”.[1] The appeal of this view lies in its comparative dimension. Erdogan’s policies can be classified as authoritarian when contrasted with the preceding Kemalist ideology, which it is argued strived to “maintain a secular democratic state with checks and balances, rule of law, and protected rights for all individuals against the state”.[2] While tempting, this tendency to reduce historical trajectories to the umbrella term of democratic or authoritarian practices is a misleading one.

On the face of it, the Turkish narrative can be neatly divided into the long-term hegemony of secular Kemalism, a brief period of inclusive Islamist opening under the aegis of the AKP, and a rapid reversal of democratisation since the Ergenekon case of 2007.[3] Since the first crackdown on the opposition, the story goes, Erdogan has been erasing years of steady progress that had characterised much of 20th century Turkish politics. By pushing religion into the private sphere and attempting to imbue the nascent nation with Western values, Kemalism laid the foundation for the creation of a secular nation rooted in ethno-linguistic principles of citizenship and national identity. The long-term practice of denying ethnic or religious minorities such as Kurds their distinct status forms part of the same pattern: brutal, perhaps, but necessary to create a cohesive nation-state akin to homogenous European nation-states in the 19th century.[4] Erdogan’s repressive policies, however, are seen as something entirely new. The leader of the AKP has not only committed the unforgivable sin of legitimising the aspiring EU member state’s turn away from secularism, but has also exploited ethnic and sectarian tensions and sought to use the war with the Kurds to justify further encroachments on constitutional powers. In other words, Kemalism may have had its ugly side unsuited to the European palate, but it was fundamentally different from the destabilising, violent form of national identity propagated by the current regime. Democratisation – once seen as inevitable – has now been sidetracked.

How accurate, then, is this view of a radical rupture in Turkish politics? Its cardinal sin is that it overlooks the nature and persistence of the Kemalist legacy, one rooted in mechanisms of institutionalised exclusion rather than secular values or equality of rights. Kerem Öktem, research fellow at the University of Oxford, draws attention to the core issue of “denialist self-identification”  which has long become a distinguishing characteristic of the republic, be it suppression of the culture of the Kurdish community or the Westernising ethos of ‘cultural revolution’ which “mandated the non-recognition of the majority of citizens of the early republic, who defined themselves through reference to Islam and the […] traditions of the Ottoman Empire”.[5] For much of the 20th century, the state-building processes in Turkey unfolded through the rejection of elements that jeopardised Atatürk’s vision of a secular, ethnically homogenous nation. Under the AKP’s increasingly violent rule, these very elements – be it practising Muslims or Kurds – have been claiming a stake in national membership. Their violent discourse reflects years of marginalisation at the hands of the Kemalist state.[6]

Should we still wonder why the purge launched against political suspects after the coup attempt has taken such a violent turn in the name of national and religious security? It’s tempting to assume that recent developments manifest an unexpected reversal of Turkey’s success story, one that can resume its rightful course if Erdogan is removed from power. Yet there are clearly cracks in this narrative, which fails to recognise the continuity with Kemalism. They point to the perverse consequences of prolonged social exclusion. The Turkish example serves as a reminder that the Western understanding of progress should never be taken for granted, and that nation-building – now framed in the language of peacekeeping missions rather than revolutionary violence – is rarely truly peaceful.

[4] The Guardian, Ranj Alaaldin, Aftermath of Turkey coup attempt will be bloody and repressive, July 16 2016