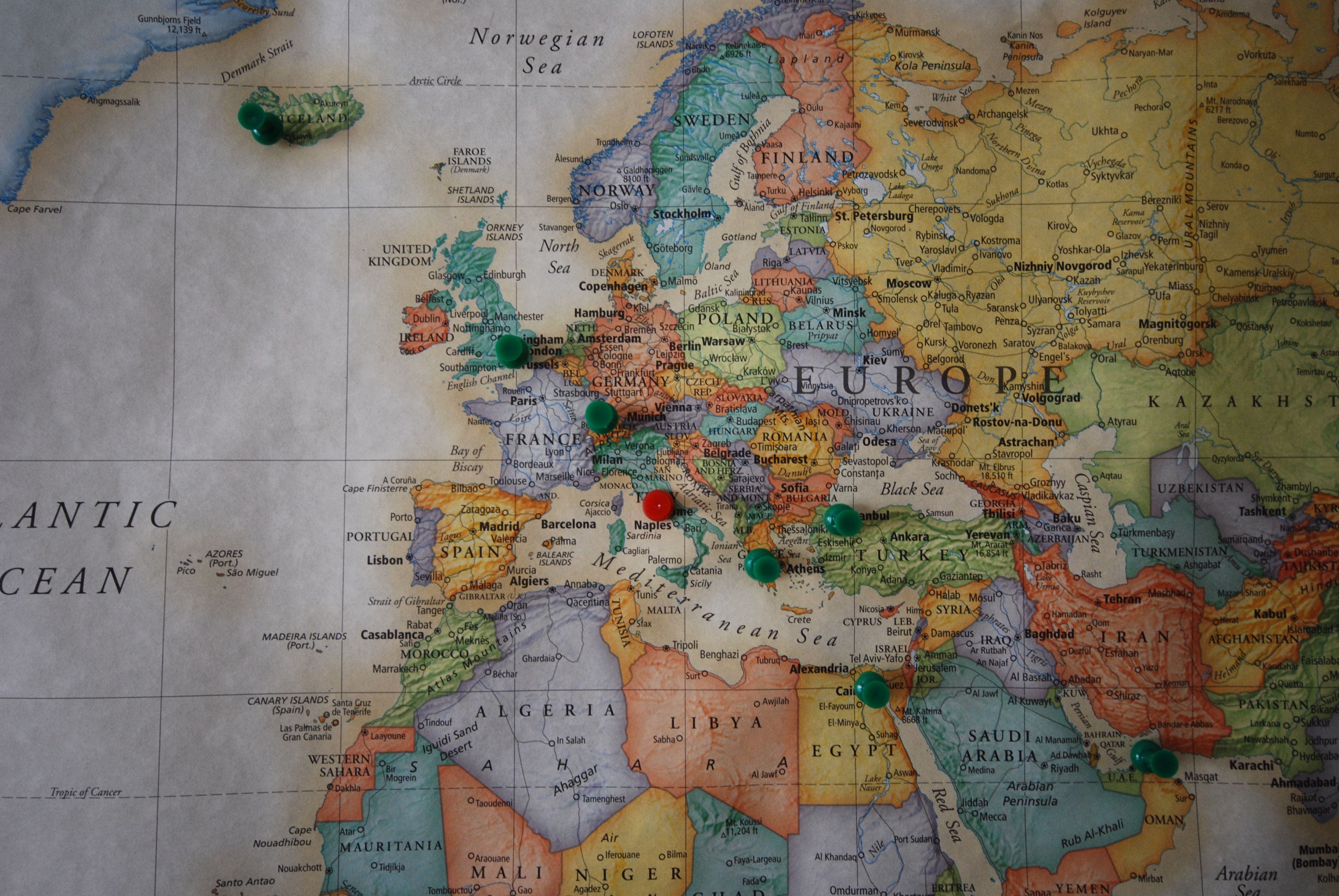 “In the north, south and west Europe is surrounded by seas. The eastern border goes through the Russian Empire, over the Ural Mountains, straight through the Caspian Sea and finally through Transcaucasia. The geographers have not yet reached an agreement on this last border.”[1]

The grey-skinned humanoid had traveled more than 21 light years to reach planet Earth. The time that he had not been in cryosleep he had spent on dissecting the symbolic system used in the alien manuscript that he had found in his mission package. ‘Ali and Nino’, written by a lifeform called Kurban Said, was found in an abandoned satellite during one of the first explorations of the Milky Way. Even though the concept of ‘love’ had slowly started to make sense, this thing called ‘Europe’ had remained a puzzle to the very end of his journey. Surely the combination of those in power, those that represented a sort of spiritual essence and a scholar would be able to clear up why a mere piece of land could evoke such a strong emotional response from an otherwise, or at least so he was told, intelligent life form.

After his arrival on earth and an apparently long lasting quarrel among his hosts, a meeting with a colorful bunch of European representatives was decided to take place in the town of  Suchowola, – a Polish town that astronomer and cartographer Szymon Antoni Sobierajski had declared to be the midpoint of Europe in 1775. Even though the humanoid had no idea about the scales used to determine the present, his manuscript betrayed this date had long since passed.

“As we couldn’t agree on any of the modern interpretations of the precise midpoint of Europe we decided to just take the first official declaration we could find”, the first of his hosts proclaimed. The man was wearing a small white hat and a long necklace carrying a cross. “But let us not get carried away by overstating the importance of geography when we talk about Europe. More than a mere piece of land, we should regard it as one of the most culturally diverse area’s in the world, glued together by a shared history and values: Christian values to be precise. The influence of Christian thought on European art, philosophy and science should not be underestimated.” The extraterrestrial had read about such a non-geographical divide in the manuscript, but had failed to understand the proclaimed difference between the teachings of the Islam and Christendom, two spiritual ideas referring to a seemingly similar monotheistic God.

“I understand and appreciate your opinion Pope, but I fear this conception of Europe simplifies the historical structures that have shaped the diversity that has always been an integral part of European society” said the historian who’s name the humanoid could not pronounce. “If we look at the more contemporary history of this continent we see that, as with any large community, an imagined nationalism has become the driving force of people’s identification with each other. This process, which in the last decennia has even tried to form a complementary European identity, started here in the West during the Enlightenment. Even though we cannot exclude religion as one of the cohesive elements within such a structure, many other developments in thought, economics and politics are at least as important in demarcating the dividing lines of Europe. What I mean to say is that there is no such thing as a homogenous Europe. We have a contested geographical area inhabited by a set of different imagined communities that cooperate and overlap to different degrees depending on the specific context.”

At this point the third and last of the advisors rose from his apparent slumber and exclaimed frivolously: “Yes, cooperation and democratic values is what makes us truly European!” Upon arriving on site one hour earlier the man had, with wet lips, awkwardly kissed him on his grey forehead and introduced himself as the President of some or other Commission. “Both the religious and the geographic dimensions of Europe are important to understand the development of European history, but looking at the current issues that divide us, a perfect storm of crises if you want, we should not exclude any cooperation based on democratic values and the will to work together.”

This rapid succession of contradicting statements combined with a myriad of concepts that had not been revealed in the manuscript made the humanoid increasingly confused. Back home there was no such thing as an ideational division in categories no one managed to agree upon. Under the general terrestrial rule and the principle of equality everyone was free to choose their own identity. With boredom being one of the biggest challenges of the 310th generation, diversity had even been actively promoted during the last four cycles. “Why is it so important to have this common understanding of what Europe is?” he asked his hosts in a high pitched, barely comprehensible voice.

The frivolous grimace of the man with the wet lips made place to a more serious facial expression. “You have to understand that Europe went to a very dark period of ideological fanaticism in the previous century. Fascism and Communism declared a universal purpose that excluded any other belief, resulting into two world wars and a frozen conflict that luckily never truly escalated. European integration, shared values and interdependence will prohibit such atrocities from ever taking place again.” “That’s why we need to accept our Christian heritage as our common identifier” intervened the man dressed in white.

“How about this Russian place, should this be regarded as Europe?” the humanoid hesitantly asked. All three of his hosts fell silent, clumsily looking at their feet. “I have to admit I am not sure” said the man wearing the cross. “Even though this is definitely a Christian country, the Orthodox church is significantly different from the predominant forms of Christian thought in Europe”, he concluded in a much softer voice. “Geographically we could argue part of Russia should be included in our conception of Europe. Besides, taking the influence of Russian culture and language into account we can simply not deny the strong footprint it left on European civilization”, the historian intervened. This last comment was enough to make the smiling and kissing man lose his temper, completing the slow transformation from frivolity to fury. “You cannot truly consider such a vast, undemocratic country as part of our European community, especially after what is happening in Ukraine. It is precisely by collectively denouncing such aggression that we can strengthen our sense of European identity.”  With that last remark he looked at his watch and with a slight nod of the head decided the meeting had come to an end.

Instead of a clear understanding of the thing called Europe the meeting had left the humanoid with sincere doubts about the premature classification of human beings as an ‘intelligent life-form’. Europe was simultaneously a place and an idea, characterized by constant change as well as continuity, inhabited by a people that was both diverse and similar.

Settling down in his reading chair he glanced at the transcript lying peacefully on the table beside him. “The geographers have not yet reached an agreement on this last border.”[2] As Earth was slowly disappearing in the vast darkness of space he realized that 79 years had not undermined the actuality of this fictional work: disagreement would remain the defining characteristic of Europe.