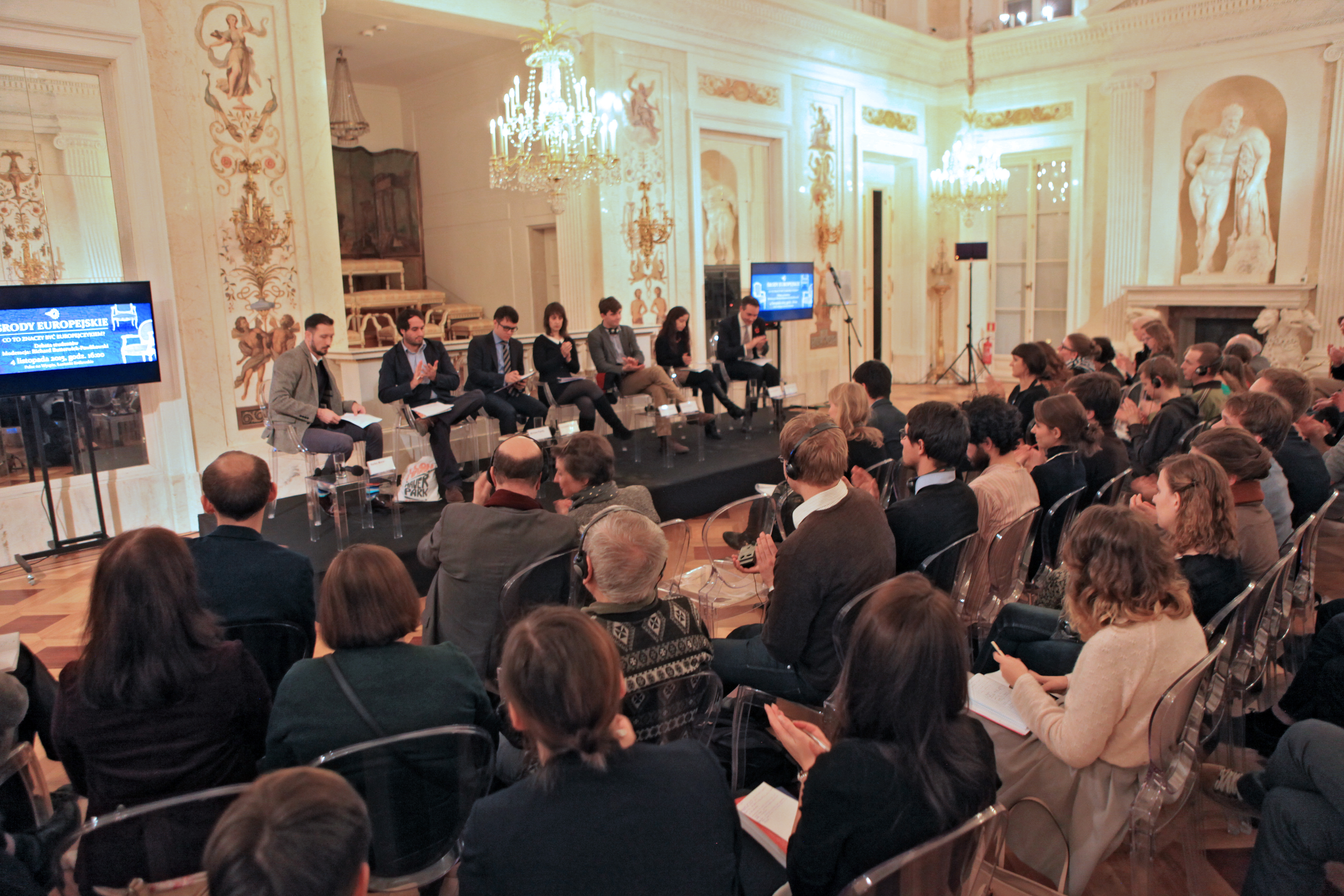 ‘What does it mean to be European?’ All students of the College of Europe have probably been asked this question at some point. On 4 November 2015 six students from the Natolin campus gave their answers to an audience of Varsovians and fellow-students at an event jointly organized by the European Civilization Chair and the Bronisław Geremek Foundation at Warsaw’s Royal Łazienki Museum.

The setting, the glorious Ballroom of King Stanisław August’s Palace on the Island, inspired reflection through the universal symbols represented in the classical architecture – among them virtue, beauty, fate and the implacable passage of time. The Natolin Six were a fair cross-section of the 2015/16 Chopin promotion: Kardelen Kala, Stefan Morar, Aleksander Szojda, Cristina Jiménez Barreno, Michele Fiorillo and Chris Powers. Quite deliberately, they were not introduced by their countries of origin. But for the curious, one comes from outside the European Union, two from ‘new’ member-states and three from ‘old’ ones. Alas, one of those ‘old’ member-states is set to become an ex-member, while the state outside the EU now seems to be dragged further away from it – in precisely the opposite direction to the one in which, in the ancient myth, Zeus abducted Europa. The panellists’ contributions ranged from the crisply analytical to the expansively philosophical, and from the passionately personal to the elegantly allegorical. Some took the idea of being European as a challenge, others as cause for celebration. Above all, our students engaged with each other and with the appreciative audience.

Their contributions to the Natolin Blog can convey only some part of an evening of genuine discussion, which I had the pleasure and privilege of chairing.