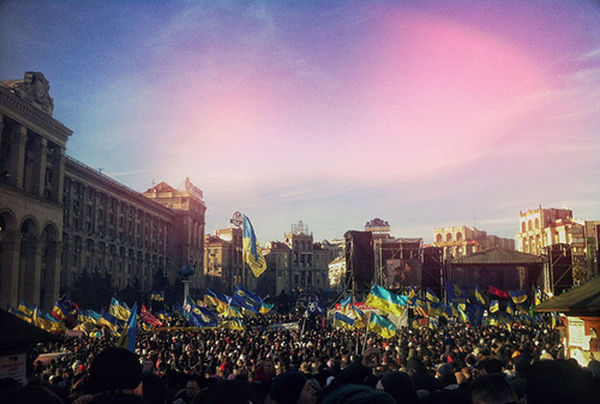 After the collapse of the USSR, whilst it was still very dependent on Russia, Ukraine tried to
diversify its trade relations by trying to find new economic partners, such as the EU. This has been a source of tension, with both the Russian and Ukrainian Heads of State losing trust in each other. Who will win in this fight between the EU and Russia for ultimate trade influence over Ukraine?

In order to counter Ukraine’s rapprochement to the EU, Russia has exerted pressure through
the means of trade and highlighted Ukraine’s dependence on it, namely in terms of energy. For example, the Russian company Gazprom has gradually been increasing Ukraine’s gas price since the revolution of 2013, up to 81% higher in 2014. This is a problem not only for Ukraine, but also for the EU, for whom 10% of its gas imports passes through Ukraine from Russia. Furthermore, although Russia has proposed several new bilateral and multilateral deals, none of them have been effective or even implemented due to administrative and political reasons.

As a result of Ukraine’s new trade visions, since the nineties, it has tried to modify its trade
relations with Russia, albeit from very different objectives, by moving from bilateral agreements dictated by Moscow, to multilateral agreements where the rules are defined by a greater number of players, such as the WTO. Whilst Ukraine was keen to regain its access to the Russian market, Russia had more imperial ambitions and wanted to use this as an opportunity to reunify the postsoviet area and reaffirm its influence over it. Moscow is trying to show the world that countries that were formerly in the Soviet zone of power are not ready for democracy and that this is not a political system that would suit them. It has been trying to impede the signing of the Association Agreement, agreements set up by the EU aimed at liberalising trade with third countries, claiming that it is concerned about its economic consequences, notably with the DCFTA, and has managed to delay its implementation by over a year. The Agreement entered into force in January 2016, signed in 2014 after 3 years of negotiations. Thus, whilst Russia could stand to benefit from the Association Agreement through increased trade with the EU, it sees it as a threat and whilst trying to impede its implementation, Moscow has proven that it still has levers with which to apply pressure on Ukraine.

Nevertheless, Ukraine has much to gain from the EU which has replaced Russia as
Ukraine’s main trading partner, and which receives a quarter of Ukraine’s exports. The EU is also Ukraine’s main source of FDI and has provided more than 3.3 billions of euros of non reimbursable funds. Thus, even before the signing of the Association Agreement, Ukraine was already receiving support from and turning towards the EU. This shift towards the EU has been reflected in public opinion; 72% of Ukrainians favour an EU membership, compared to 12% who would rather join the Eurasian Union.

Having signed the Association Agreement, Ukraine will have one foot in the Union, but it will not be eligible to take any decisions. On the other hand, with its free trade zone, visa-free travel and a significant unification of legislation, Ukraine is still in a very favourable position with the EU. The EU’s economic policy towards Ukraine has been undeniably effective and by concluding the agreement and especially the DCFTA, the EU has confirmed its interest in helping it’s ENP countries.

“The European Commission is determined to make sure that Ukraine has all the support it needs, in the short and long term, to undertake the political and economic reforms that are necessary to consolidate a democratic, independent, united and prosperous Ukraine.”

The Association Agreement seems to have initiated a momentum of reforms in Ukraine, based on similar reforms in the EU and reflecting the fact that Ukraine is gradually getting closer to EU norms, both economically but also through its civil society. This strengthening of EU-Ukraine economic cooperation has been very unpopular in Moscow, accusing Kiev of“broken commitments”.

Whilst it is too soon to make an assessment of the economic benefits and repercussions of the Association Agreement, there has been a clear political shift from Kiev towards Brussels. We can only wait and see the evolution of this shift either as Russia accepts it or as it continues to try to counter it.