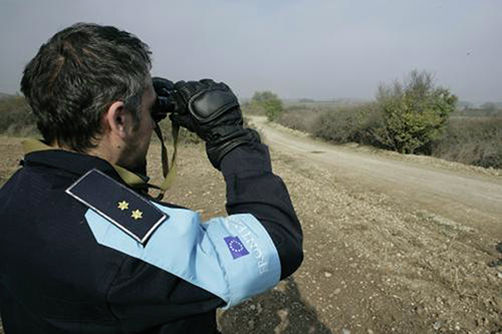 Since the dawn of the European migrant and refugee crisis, the European Border Management agency (Frontex) has taken a central place in the discussion. However, its role has frequently been mischaracterized and misunderstood. While the agency can serve as an important part of a coordinated response on the common European border, it is currently marred by a series of problems and inefficiencies, increasingly brought to the fore by its inability to respond to the current crisis. However, these inefficiencies are mostly the result of the way in which the agency was constructed by the European Commission, the Council and the Parliament. It is thus unfair to scapegoat Frontex for the mishandling of the crisis – it was not constructed to face a crisis on this scale.

Firstly, it is clear that Frontex needs additional resources and technical support to carry out its tasks. While these resources have steadily been growing during its years of existence, the agency is still understaffed and underfinanced for the huge task it faces. Furthermore, the biggest problems lie in the use of seconded national staff and equipment. Frontex doesn’t (and cannot) have capacities to conduct field operations on its own. For these, it has to rely entirely on border guards and equipment provided by the Member States on a voluntary basis. This does not work smoothly. For example, Frontex didn’t even get close to having the more than 700 personnel it needed to assist Greece in screening refugees. Member States are often hesitant to give capacity, since it means that domestically they temporarily lose it. Additionally, Frontex needs the permission of Member States to conduct operations in their territories. Even if a state cannot handle the load, it can refuse assistance from Frontex. Moreover, a lack of a coherent policy towards the European Neighborhood makes its job harder. While Frontex can conclude agreements with third countries, it cannot set or help develop the EU’s migration policy in any way. The competences of the agency also remain vaguely defined as “coordination” which makes an effective response more difficult.

A few solutions can be formulated. Frontex needs clear, defined competences that can exist alongside the Member States. Secondly, some barriers to action need to be lifted. These include the dependence on personnel and equipment from Member States, as well as the restriction that missions can be organised only at the request of a Member State. This might require some transfer of sovereignty, but it seems it is no longer feasible to keep these competences absolutely national. A further increase of budget and personnel seems paramount, while a capacity to conduct autonomous operations would be a great boon.

Recently, the European Commission put forward a proposal in this regard. A reformed “Border and Coast Guard Agency” would have a reserve force of 1500 people at its disposal when needed. They would still come from the Member States, but no longer on a voluntary basis. Furthermore, if a state is no longer able to provide security for the external border, Frontex could propose corrective measures, or, if ordered by the Commission, go in without the State’s permission to guarantee effective border controls. An improved budget would help with these operations. It remains to be seen if the Member States of the Union will be convinced to give up a small part of their sovereignty, but as outlined above this would be a step in the right direction.

Despite our analysis and proposals to strengthen the agency, it is naïve to assume that the refugee crisis would be solved with only a strong executive organization and a reinforced ‘Fortress Europe.’ The EU and the Schengen zone also need to look towards other ways of combatting the crisis. These include more ways to legal migration (one European way, for example), targeting human traffickers and smugglers and pursuing effective development aid and peace policies to the hardest hit regions of the neighborhood.