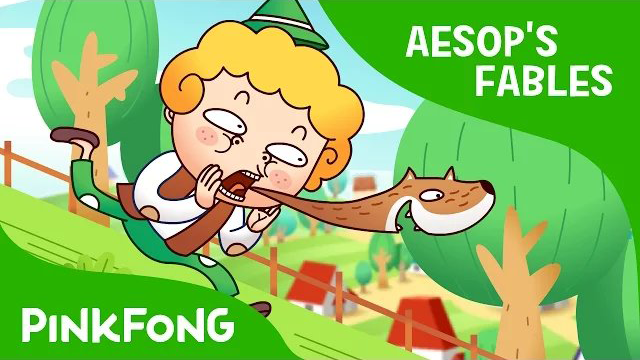 The boy who cried wolf’, one of Aesop’s fables, is a staple of childhood. At school, or with their parents, children are asked after finishing “so, what is the moral of the story?” Children going back generations have unfailingly understood from this story that lying is not only a bad thing to do, but also something that will eventually lead to people not trusting anything you say. Eurosceptics in the UK are fully developed adults yet this message seems to have been lost on them, and so perhaps the time is now at hand where the village has officially had enough.

The Brexit campaign has consistently portrayed itself as a victim of the political machinations of a Westminster elite determined to keep the UK in the European Union. Their most recent gripe – more evident on social media – has been with Cameron’s choice of date for the Referendum, 23rd June, supposedly because:

“Cameron is worried about what a second summer of migration chaos on the continent, chaos made much worse by the EU’s nutty borders policy (and Angela Merkel), will mean for the pro-EU cause.”

First of all, it is by no means clear that an earlier referendum date is a blessing for the forces campaigning for Remain. Both campaigns have been slow to generate a groundswell of support, and it could just as easily be argued that it would be wiser for pro-European Brits to wait for a stronger recovery in the Eurozone before sending people out to vote. More importantly however, the claim that the date of the referendum works against them fails to acknowledge the other victories they have had along the way. To give but two examples:

Example One: The wording of the Question

Pro-Europeans wanted a simple choice of Yes/No in response to a question along the lines of “Should Britain remain a member of the European Union?” Instead the answers will be Remain or Leave because apparently the word Yes will make the Brexit campaign sound too negative. This however was still not good enough for Eurosceptics, simply becausereferenda tend to work against a change in the status quo. However, a Eurosceptic wants precisely that, a change in the status quo, and the onus should rightly be on them to have to make a strong case for changing it.

Despite the precedent set in Scotland where 16 and 17 year olds could vote on a referendum with profound effects on the constitutional makeup of the British Isles, Eurosceptics could breathe a sigh of relief after the House of Commons blocked granting suffrage to people 16 and over, part of a demographic that is definitively in favour of remaining in the European Union. More importantly perhaps, EU citizens living and working in the UK also do not have the right to vote in the referendum (with the exceptions of Ireland, Cyprus and Malta). A classic case of ‘taxation without representation’ if ever there were one. For them, the referendum result matters more than perhaps any other group, as a Leave verdict will lead to: at best, added paperwork and worry through the couple of years it takes for a Brexit to be carried out, and at worst, they may have to leave the place they have made their home.

Brexit campaigners have, in summary, proclaimed themselves victims while they have worked towards denying those people potentially most affected by what they want to achieve a choice in the matter.

The most obvious and persistent source of lying from the Eurosceptic camp is undoubtedly found among British newspapers. Looming large in the popular consciousness of 2013-14 was the Daily Mail’s false reportage of the hordes of Romanians and Bulgarians asserted to be entering the UK. A story that was conclusively defeated and found to be wrong through the work of Jon Danzig, though the damage had already been done.

This has been a common strategy in the press: make spurious/untrue claims and plaster them over the front page; fight an investigation into whether the article is lying usually lasting several months; post a minute apology on page 42 long after the damage of demagoguery has been able to take full effect. The Daily Mail is not the only newspaper to have done this. One more example, The Daily Express and the Daily Telegraph have championed the lie that the EU has never signed off on its accounts.

History on their side?

As a History student, most disturbing for me was to find an attempt at weaponising History for the Eurosceptic cause. Founded by a small group of history academics, the Chairman of the group Historians for Britain wrote an article making the case for Britain’s historical role being distinct from the rest of Europe.

Thankfully, the historical community mobilised under the banner of ‘Historians for History’ and challenged the piece on the grounds of it containing weak, shoddy arguments. Even better, it included a long list of signatories that is far in excess of the list of supporters for Historians for Britain even today, almost a year later!

On a lighter note, a satirical Twitter account was also established at the time which is well worth a look.

To summarise, Euroscepticism in the UK is riddled with unjustified claims to victimhood, and has readily employed bad stats and bad news coverage, devoid of a code of media ethics. It has distorted the past, present and future in its attempts to appear more credible. In having done so, I would argue it has made itself less believable and as we approach this referendum with a concrete date in mind, it is high time that the Leave ‘side’ plays fairly and sticks to its arguments: nationalism and a very rigid view of sovereignty.