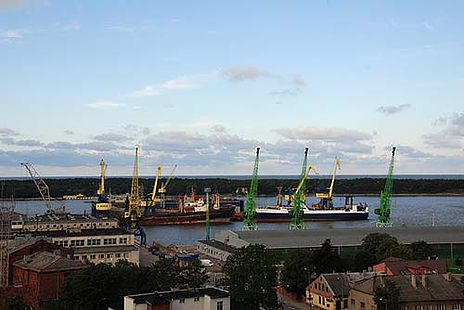 The Baltic States, and the EU on average, have been highly dependent on Russia when it comes to satisfying energy demand. Energy dependence is generally not a favorable situation for any state, and especially not for a large group of economically integrated states. With the recent rise in tension on the EU’s eastern borders, this issue has become even more pressing, demanding a strategic solution. With many in the Baltic States claiming to have gone unheard by Brussels, their governments are choosing their own paths in dealing with their Eastern neighbour. This has led to some innovative solutions, not least in Lithuania, where the greatest steps towards independence from Russia have been taken.

In Lithuania’s case, such an independence rationale expressed itself last winter in the construction of one of the most ambitious energy-projects on the continent: the liquefied natural gas (LNG) Terminal Independence. Lithuania – which used to be completely dependent on Russian energy – launched a Terminal that shifts dependency from Russia to Norway. According to Lithuanian Minister of Energy, Rokas Masiulis, this move has been the “Lithuania’s response to the Ukraine crisis”.

The Klaipeda harbor – which hosts the Terminal – is now seen as a symbol of success both in the Baltic region and in the EU. The Terminal has indeed opened up competition vis-a-vis Russian gas. Klaipeda’s Terminal intends to reach a 4 billion cubic meters (bcm) annual capacity, which could be sufficient to cover 100% of Lithuania’s needs (2.6bcm) and a part of Latvia and Estonia’s needs. Both the current minister and former Lithuanian Minister of Energy, as it was discussed in our meeting at the University of Vilnius last October, argued that Lithuania – and for that matter all Baltic States – have to terminate dependence on Russian gas. However, the speakers also underlined that the decision and launching of the Terminal was an independent course of action by the Lithuanian government. If this is the case, what then was the role of the other two Baltic States’ in this development? And what has Brussels’ view been on the celebrated LNG Terminal?

It appears that the EU was initially not enthusiastic about the project. The Union refused to invest at all and the Terminal was funded with the Lithuanian public’s money and with investments from the Nordic Investment Bank. However, over the course of the project’s implementation, Brussels started to see the benefits of Independence. As the former Lithuanian Minister of Energy Svedas admitted, the launching of Independence has had siginificant consequences for intra-regional relations and energy dynamics. Most ambitiously, the Lavian director of the energy market and infrastructure department at the Latvia Ministry of Economics has declared the “intention to build an LNG terminal” in the country if it pays.

Of course, Lithuanian enthusiasm for its historical achievement inevitably encountered a fewobstacles, both externally and internally.

First on the list, Russia wanted to have its own say in the LNG affair and tried to divert Lithuanian interest from natural liquefied gas via a significant discount of 23% on its own gas, a course of action that decreased the fuel price within the country.

Secondly, business groups sharing common economic interests with their Russian counterparts started various actions of lobbying – against the official line that the Lithuanian government had embraced – in order to prevent Lithuania from becoming 100% independent from Russian gas. The leverage of these groups was even greater due to the preexisting “corruption and lack of transparency in the financing of political parties” in the country.

Thirdly, Russia’s state-owned gas giant Gazprom tried to halt the Baltic country from becoming a regional energy power by exporting its LNG resources to other countries, in particular to Ukraine. The Russian company, which owns the Belarusian pipeline connecting the two countries, has so far opposed such a gas provision citing “political reasons”. Lithuania’s energy minister confirmed this at the beginning of June 2015.

To sum up, what started out as a project that was skeptically viewed by two out of three Baltic States, Brussels and Russia, is now more widely accepted. Notwithstanding this apparent success, can developments like the LNG Terminal lead to unnecessary expenditure? After eight months of operation a drop in Lithuania’s gas consumption due to warm weather and biomass use was observed. Moreover, Lithuania’s demand volumes coulddecline from a planned 540 million cubic metres (mcm) this year to 320-350 mcm in 2016. This is far from the Terminal’s full capacity (4 bcm). Therefore if energy efficiency is Lithuania’s – and now Latvia’s – response, then why isn’t a forecast decrease of the gas demand being taken into account in the planning of the next LNG terminals?