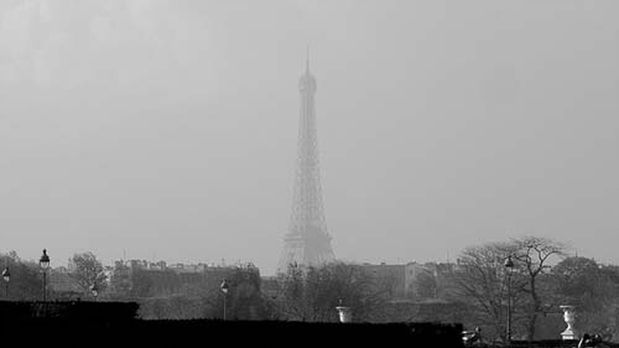 The 2015 United Nations Climate Change Conference (COP 21) will be held in Paris from November 30 to December 11 with the objective of achieving a legally binding and universal agreement on climate. This topic is even more relevant than ever before: there has been a big increase of CO2 emissions in the last forty years across our planet, which will have an even greater impact due to the long residence time of the gas. Even if around 80% of the emissions can be absorbed in less than five hundred years, the rest might require up to a few thousand years to disappear. Its impact on climate change is likewise not limited geographically. For example, even if greenhouse gas emissions are very low on the African continent, this does not mean that the latter will not be affected by climate change; as a matter of fact, it only takes a month for the CO2 gases emitted in a certain region (e.g. Europe) to be equally distributed around the world. The effects of climate change on a global scale are also noticeable in the increasing recurrence of “extraordinary” climate events.

For these reasons, summits such as the COP21 are very important to raise awareness of humanity’s impact on the planet and to agree how to tackle climate change through concrete and more efficient measures. In this respect, energy transition is considered a fundamental objective which should be included in the environmental programs of every country. A long-term structural change in energy production systems across the world would have several implications. In order not to exceed the 2°C target (considered as the maximum safe increase in temperature if compared to the pre-industrial average), each European citizen will have to reduce their carbon use and emissions by four or five times before 2050. A more extensive use of renewable energies, a focus on energy efficiency and a commitment towards the decarbonisation of the global economy are strongly needed if the 2°C limit included in the Copenhaguen agreement is to be respected.

Picture: Global energy-related CO2 emissions in the INDC scenario and remaining carbon budget for a >50% chance of keeping to 2C (IPCC and IEA data; IEA analysis)

In spite of the way ahead seeming rather evident from a technical point of view, political consensus on the issue is far from being reached. With this in mind, on starting the climate negotiations in October 2014, the participating countries agreed to outline the actions they intended to take within a global agreement by March 2015. These commitments are known as Intended Nationally Determined Contributions (INDCs). Therefore, the main aims of the COP 21 negotiations will be, on the one hand, to create and approve a coherent and ambitious agreement based on the initial INDCs and, on the other hand, to ensure that the decisions taken will be implemented accordingly by the parties. In fact, the legal force of voluntary agreements in the environmental field has often been a disputed matter, and the lack of enforcement mechanisms might undermine the credibility of the final outcome of Paris 2015.

When it comes more specifically to the position of the EU, it can be said that the latter is a front player in the field. Being already on track towards meeting its 2020 targets, it has proposed a rather ambitious framework for climate and energy for 2030 – even if some member states are still lagging behind when it comes to the reduction of their use of non-renewable fuels. As the environmental policies of the EU are legally-binding, the Union might be able to influence the Paris negotiations and give a new impetus to the global agreements to be reached during COP21.

However, for the agreements to be successful in the long term, it is essential to increase awareness about climate change among citizens, as the outcomes of the negotiation affect each and every one of us and will have a constant impact on our future.

The College of Europe Energy Group deals with energy transition and security, climate change and sustainability-related topics and wants to make an impact in the student community by organising debates and lectures related to these issues. The first workshoptook place at the end of October and focused on climate change and its implications, issue of primary relevance for the global debate and worldwide policy-makers. Two students of the College, Loïc Cobut and Maria Olczak led the discussion and some of their conclussions have been also reflected in this article.