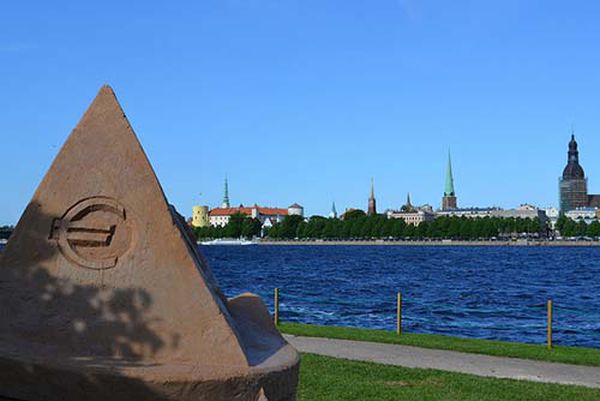 Nobel Prize-winning economist Paul Krugman –who on various occasions predicted the collapse of the euro– wrote a brief blog entry towards the end of 2010, in which he compared the state of the Irish economy to that of the state of Nevada in the USA. Krugman noted that the populations, size of housing bubbles, and unemployment rates in both areas were comparable. Due to their participation in different currency unions, this permitted insights to be drawn on the differing natures of American and European economic unity. The two key variables Krugman used to explain the divergent fates of these economies were identified as (1) differences in labour mobility and (2) federal financial support. Nevadans could rely on levels of federal support –e.g. Social Security–, which the EU could not provide Ireland. In addition, Americans traditionally move across state borders more than the Irish, despite Ireland’s particularly high labour mobility within the EU. For Krugman, this comparison “highlights some of the reasons Europe is having more trouble with a single currency than the United States”, no doubt further convincing Krugman of the eurozone’s impending collapse.

But can this analogy serve as a basis for making generalisations about the whole of the eurozone? Stretching the comparison to the Baltic States –which as of this year are all in the eurozone– we find that the answer is: probably not. Comparing the Baltic States to Arizona, a US state with a similar population, we find that both experienced similarly sized housing bubbles that saw average prices almost double before crashing back over the span of around five years. Both subsequently experienced significant increases in unemployment –although the Baltic States suffered somewhat more. Thus, the two regions can be compared along lines similar to Krugman’s original analysis.

An Economist article from 2012 confirms that Americans have a much higher propensity to move than EU citizens. Yet the article goes on to point out that, between 1990 and 2012, the number of Americans moving between states has halved. Furthermore, one of the traditional migration patterns –from the Northeast to areas such as Arizona in the Sunbelt– has for decades found its cause in cheap housing, not employment prospects, which is the inverse of the Baltic experience. More recently, a 2014 OECD study indicates that the EU has overtaken the US in terms of labour mobility in reaction to economic shocks. The Baltic States already had a tradition of net emigration since independence, but the financial crisis rapidly accelerated this, placing them in the vanguard of these developments.

Turning to levels of federal/EU support, another study shows over the course of the years during which fiscal consolidation was first being pursued in response to the financial crisis (2009–2010) EU structural funds exceeded 4% of the Baltic States’ GDP. The nature of federal support in Arizona is rather different and, moreover, is higher, at around 16% of GDP. Yet Arizona contributes an awful lot more to the federal budget than the Baltic States do to the EU’s coffers, so that the latter actually yields far higher returns relative to contributions. In any case, higher federal-level spending would likely dampen labour mobility; so there is a conflict between the two variables Krugman assesses in the first place. In any case, an alleged lack of EU-level spending does not automatically mean the Eurozone should be broken up, since it could just as easily be used to call for increased spending.

What this comparison leads us to, then, is the observation that Krugman’s original criticism of the Eurozone is too limited and that the selective picture his analysis draws does not hold across member states. In terms of labour responsiveness to unemployment shocks, we have indeed seen signs that the EU is overtaking the US, with the Baltic States at the forefront of this development. Yet nobody would attempt to use such a turn of events to superficially deny that the US is an optimal currency area and that it should therefore be dismantled. What we see is that –as in so many other areas–, the EU has been subjected to one-sided criticism that would not be levelled against other established polities. Yet, using such rationalisations, Krugman predicted “the imminent break-up of the euro at least eleven times between April 2010 and July 2012”, which must have had tremendous real-life implications coming from such a well-known economist. Or are we to “believe that his numerous, widely-read predictions of imminent currency break-up had no impact whatever on the expectations of European investors and consumers” during the height of the crisis while speculation was rife?Whatever Krugman’s influence, his dire predictions seem less than convincing. The case of the Baltic States and their continued recovery gives us some reason to be optimistic about the future of the eurozone. Indeed, the very fact that these states are now an established part of Western international systems is testament to the power of supranational developments emanating from the EU –such as the eurozone– to spread and embed Western values.