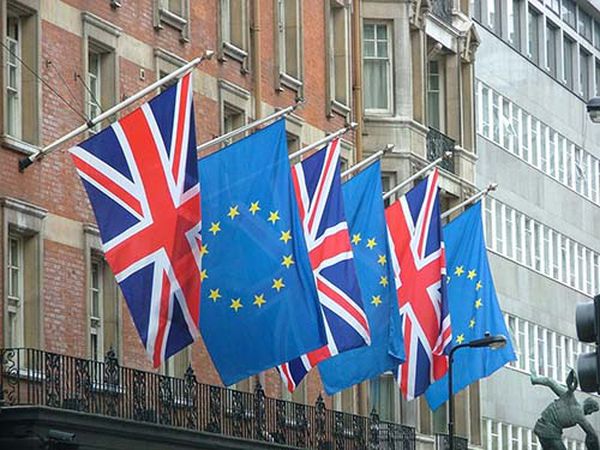 Last week’s launch of Britain’s cross-party pro-EU campaign group provided the first indications of its future strategy and approach.  In a bid to emphasise the myriad benefits of continued membership, ‘Britain Stronger in Europe’ had assembled a diverse array of public figures, ranging from West Ham Football Club Vice-Chairman, Karren Brady, (also of BBC TV’s Apprentice fame), to former EU Trade Commissioner and purported ‘Prince of Darkness’, Peter (aka Lord) Mandelson.  It is a campaign group which has much work to do.

For, despite the bitter schisms emerging in the opposing Eurosceptic movement, recent opinion polls have suggested a changing tide in public attitudes towards and against Brussels.  This is largely a result of the EU’s perceived inefficacy in dealing with the influx of refugees from war-torn Syria, coupled with a residual indignation by the Left about the EU’s handling of the Greek sovereign debt crisis. In the light of this as well as the inevitable propensity for referendums to be skewed by political factors unrelated to the core issue, the need for a clear-sighted and positive case for EU membership has never been more pressing.

The main challenge facing the ‘In’ campaign is to inject a dose of visceral energy into a pro-European argument that until now has been rooted in pragmatic economic logic. Received wisdom has held that in such referendums, the public has tended to ‘vote with its pocket’. Those who subscribe to this doctrine point to the Scottish independence referendum of 2014as evidence that any risk of Brexit will be forestalled by voters’ fears of its financial ramifications, but is this still a viable hypothesis?

There appears to be a growing sense, manifested most visibly in the recent Labour leadership election, that any argument for preserving the economic status quo is simply a smoke screen for protecting the establishment and its interests. This perspective, coupled with a Eurozone perceived to be in disarray, means that the economic argument may not be sufficient to persuade the wider public that continued membership of the EU is ultimately beneficial to their own financial wellbeing. It’s all very well wheeling out captains of industry like Innocent drinks co-founder Richard Reed or even Richard Branson, but without the accompaniment of a convincing vision of Britain as a European political and cultural heavyweight, such pro-business arguments may fall flat. Such a vision relies on buying in emotionally to the whole concept of Europe. Such emotional engagement must surely be central to the pro-EU argument.

Another key priority lies in persuading those on the Left of the Labour party that the EU can fulfil its role as a champion and defender of progressive and socialist values. This is a crucial battleground since, with the Blairite and Brownite factions having firmly nailed their colours to the pro-EU mast, the outcome may well hinge on the sizeable Trade Union vote and the increasingly influential voice of the Corbynistas. Refuting a growing perception amongst this group that the EU is a bastion of the corporate, free-market elite will not be straightforward, but the counterarguments are potentially powerful. With May’s UK general election result denoting a clear lurch to the Right, a reformed EU remains the best hope for thwarting the more savage austerity measures imposed by the Conservative majority government. This is after all the body that delivered the Working Time Directive and improved provisions for maternity and paternity leave. Continued membership also requires adherence to theEuropean Convention on Human Rights. A withdrawal from the EU would leave such safeguards at the mercy of those neoliberals who represent an influential faction in the Tory party. While many will point to Greece as a prime example of Brussels-endorsed austerity, it is hard to justify how the UK government’s ability to moderate such imposition of austerity measures on Greece would in any way be improved by the UK losing its position at Europe’s top table and gazing on from the side-lines.

Perhaps the thorniest issue surrounding the referendum is that of immigration. The misconception that high levels of immigration into the UK are solely due to EU obligations needs to be tackled head on. In all likelihood, Britain’s continued membership of the single market following a potential Brexit would be contingent upon maintaining a flexible migration system with the rest of the continent. Norway is a prime example of how immigration policy and adherence to the Lisbon treaty should not be conflated: in 2013 Norway’s immigration levels were twice as high as those of the UK. Such arguments could be deployed with greater effect in order to counter UKIP rhetoric about Britain’s supposedly porous borders.

These are just a few of the challenges facing the fledgling ‘In’ campaign in the coming weeks and months. What will make this referendum campaign so intriguing will be its ability to transcend traditional domestic political boundaries, much like the campaign of 1975. The launch of the Labour Party’s official ‘Yes’ campaign and the results of Cameron’s long-awaited renegotiation package will further fan the political flames, as well as helping to determine whether the fundamental message of ‘Britain Stronger in Europe’ can really gain some traction.

About the author: Jocelyn studied Modern Languages and Literature (French and German) at the University of Oxford. Having lived and worked in Paris and Berlin, he undertook a Masters at the College of Europe in order to broaden his knowledge of the European Union and its institutional framework.