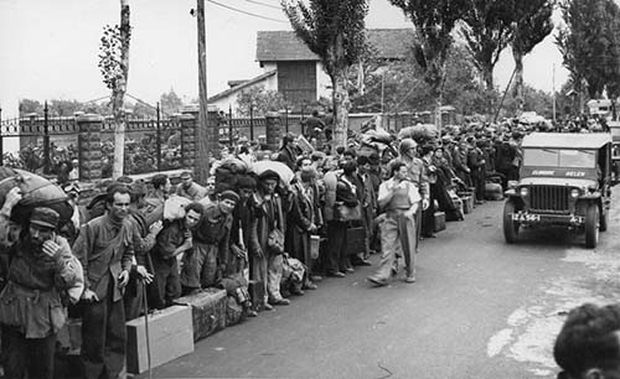 The world can no longer ignore what has been labelled the worst refugee (migrant) crisis since the Second World War. The precise meaning of the “worst refugee crisis” might be easily grasped when one sees the horrific images of a three-year-old Syrian child found lying face-down on a Turkish beach, after the boat in which his parents attempted to escape to Europe capsized at sea.
The refugee crisis is a crash test for the European Union as millions of people are on the move across the globe escaping war, repression, and economic uncertainty in Africa and Asia. They have left their home countries heading to Europe and increasingly to EU Member States. The first point of entry is not Western Europe, but that is the aim. Affluent and stable countries attract migrants dreaming of prosperity and security.
One should not blame people for desiring to leave their civil-war-torn and impoverished countries to seek refuge or asylum in an economically stable country. Everyone would do the same (I am no exception) if they were in their situation. Everyone has the right to seek and to enjoy in other countries asylum from persecution in other countries.

Unfortunately, many European countries have responded negatively to this humanitarian crisis that resembles to a great extent those that Europe endured after WWI and WWII. Thousands of people across Europe in places like Warsaw, Helsinki, Prague or Germany, have taken to the streets to oppose their countries’ acceptance of more refugees. How easily have some Europeans forgotten their past?
Serbia and Hungary, for instance, have already commenced building fences on their borders so as to curb the migrant influx, and the probability of reinstating border controls in the Schengen Area is looming large on the horizon. In a rapid development in the European migrant crisis, in September Germany re-introduced border controls in the south of the country. It is true that this is an exceptional possibility regulated by the Schengen Borders Code, but Member States should exert efforts to control the EU’s external rather than internal borders. Reasonably, the Government of Angela Merkel aims at putting some pressure on the European Union to find a solution to the refugee crisis – Germany will not be able to solve the refugee crisis alone.

Instead of building fences on borders or instating border control, affluent countries mayfinancially support less affluent countries that receive a huge number of refugees: Lebanon, Jordan and Ethiopia – to name but three. Plausibly, refugees that live safely in countries that border their own are less likely to migrate into Europe by sea or land putting their lives in jeopardy as the journey is usually treacherous and the conditions often inhuman. Those refugees would certainly go back to their countries if the war came to a halt or if the economic situation improved. In all likelihood, supporting countries like Jordan and Lebanon to receive more refugees is economically feasible and logical: it costs Jordan about €3,000 to support a refugee for one year while in Germany the cost is about € 12,500. The European Union should consider this solution.

The UN Convention and Protocol Relating to the Status of Refugee, which has created a system for providing protection to people at risk of persecution in their own countries, should also be re-considered. The Convention, concluded in 1951, was limited to Europeans fleeing wars and persecution before that date, and bound the signatory countries to allow refugees to live on their soils without discrimination or penalty for breaching immigration laws. In 1967, however, the geographic restrictions were removed, making the Convention universal. Not surprisingly, people from different parts of the world started to illegally immigrate to more developed countries since refugees who are able to enter a European country have priority over others who are in refugee camps. Disastrously, the Convention has given birth to a new industry of people smuggling.

Supporting less affluent countries that receive a huge number of refugees and reconsidering the UN Convention and Protocol Relating to the Status of Refugee may not constitute miraculous solutions, but they may be the most workable. This remains by far the best alternative to the chaos and tragedy that many refugees have to face now. Europe should recall its history and respond to the migrant crisis as the world responded to its tragedy after both World Wars – Europe should spread stability and security and prove that its values might extend beyond its visible borders.