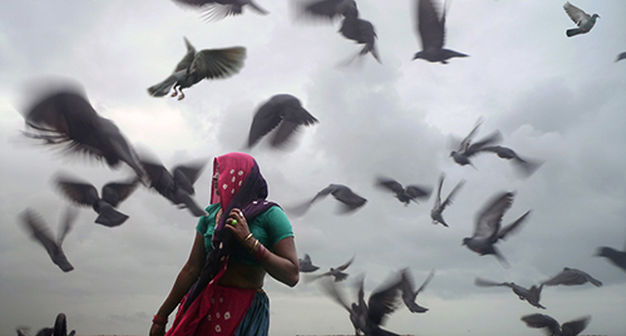 The European Union and India might not seem like the most obvious of natural partners. Yet, as Professor Pascaline Winand writes, the story of their on-off engagement over the past 60-or-so years and their efforts to build a mature trade relationship have turned up a fascinating story of trade access and shifting realities.

What happens when the two encounter each other for the first time? In 1957, an independent India, looking to its export markets, sees an impediment to development in the emergence of the new trading bloc in Europe. Not only does the European Economic Community (EEC) not include the UK, India’s largest trading partner, but the EEC seems poised to favour its own ex-colonies, to the exclusion of India. What to do? At a time of many other challenges, India sees a strategic importance in developments in Europe and appoints Krishen Behari Lall in 1962 as Head of Mission of India to the EEC to lead the effort to ‘crack’ the European market and protect India’s commercial interests in the United Kingdom during the first British negotiations to join the EEC. Lall had been active in promoting practical regional economic cooperation in Asia and favoured the conclusion of a trade agreement between India and the EEC to increase Indian exports to Europe. His on-going involvement with the EEC through the turbulent 1960s and into the 1970s was to be a long-term project that would see him, and other Indian officials, work their way into the circles of influence in the European institutions and European Community member states and become key voices in India-European Community affairs.

Enter UK – Another path to influence?

With the accession of the UK to the EEC in 1973, Lall discovered that there was a new path to influence and inside information: newly appointed British fonctionnaires, such as Vice-President of the European Commission Sir Christopher Soames, broadened the Indian network to the highest levels of the EEC administration. Prising open the European market was the goal and one of the strongest arms in Lall’s arsenal and his successors was the Commercial Cooperation Agreement (1974) which was successively widened and deepened to cover just as much of the trade relationship as decency would allow and beyond, including investment, science and technology and development.
The story of Lall’s efforts to ‘crack’ Brussels is, however, but one strand in a much more complex tale that takes in the moving target that is Europe, the changing nature of India itself and finally, the other competing suitors that come a-calling at India’s door. Even within this complexity, some themes of continuity can be discerned: stepping back from the details of the structural arrangements in Delhi and in Brussels, one remarkable feature is how both sides of the relationship found themselves constrained by complex bureaucracies with a wide range of actors, overlapping responsibilities and limited financial and human resources, not just at home but also in their target audience. Faced with these constraints, diplomats on both sides did what diplomats do best: they arranged meetings and summits and worked where they could to achieve an outcome.

The recurring irritants of trade quotas for manufactured goods and persistent subsidies for the export of raw materials from India are finally outflanked in the 1990s with the rise of the ICT sector and scientific partnerships. India seized a generational opportunity to sidestep quotas and market restrictions and found a new way of relating to the old paradigm of trade imbalances. With Europe showing itself to the world as a single market, rather than a collection of separate jurisdictions, India sought to increase its market share in Europe, giving a fresh impetus to trade talks that had previously been lacking. Likewise, the EU now sought a regional partner in Asia in light of its growing economic and political importance. As one of the largest developing countries on the road to fast industrialization, India came to be seen as not so much just a recipient of European foreign aid, but more an attractive market for the EU and one of its key partners in Asia. The partnership between the EU and India also took on a more political and strategic aspect and included regular EU-India summits. The questions of defence and access to fissile material and nuclear technology featured prominently in the India-EU relationship of the 1990s. Given India’s fraught relations with Pakistan, discussions concerning key strategic points have an added charge that concentrates the minds of policy makers and military command alike. India’s decision to test nuclear devices was a watershed moment that announced the arrival of India as a major player in military terms, whatever misgivings some European countries may have had.

Stepping out of the ‘Either EU or US’ framework, India’s relationship with regional partner Iran was also a focus of study for us which brings forth many interesting contrasts with the larger, more widely known partnerships.
What we have tried to capture with our book is a sense of the trajectory of the relationship, along with the history of its development. No organisation or country is necessarily a prisoner of its past, but recurring themes and strategic priorities on both sides often shine a light on the internalised logic that will guide future decisions.